Here's a look at the 2022 version of Gatorland's Monster Museum. (Spectrum News/Allison Walker)

Busch Gardens hints at new attraction, Oktoberfest on tap at action park and Kids Night back at Science Center

From rides and events to big announcements and ticket deals, Attractions Insider is your one-stop shop for everything Florida attractions.

Brick by kid- and family-friendly brick — From new attractions to special events, there's a lot happening at LEGOLAND Florida. Banks Lee, the resort's marketing support specialist, joins Digital journaliist Ashley Carter and entertainment reporter Allison Walker to share his insights on a new Attractions Insider podcast episode.  Listen to the episode by tapping play at the top of the page!

1. Busch Gardens Tampa Bay teases new attraction
The theme park shared a photo of the construction site on Twitter. It hasn't officially disclosed what the new attraction will be but has also hinted in the past that a new thrill ride could be in the works.

2. 5 Things to know about Gators, Ghosts and Goblins
Get a sneak peek at Gatorland's Halloween festivities, which will be held every weekend starting Oct. 15 through Oct. 30.

3. How Disney+ viewing habits could influence Disney park experience
Data from the app could be used to "customize and personalize an experience way beyond anything we’ve ever been able to do before,” Disney Chief Executive Officer Bob Chapek said.

4. Dezerland Action Park Orlando to hold Oktoberfest celebration
Oktoberfest festivites are limited to Fridays, Saturdays and Sundays from Sept. 30 through Oct. 30 during regular park hours. Traditional German dishes such as German-style roasted chicken or bratwurst served with potato salad or mac & cheese will be offered.

5. Orlando Science Center bringing back Kids Night
The event for children ages 5-12 is scheduled for 6 p.m. to 10 p.m. Saturday. It will include exhibits, an interactive live science show and a pizza dinner.

6. Universal passholders can party with star of 'Gabby's Dollhouse'
Laila Lockhart Kraner, the star of the Dreamworks Animation series on Netflix, will be at Unversal Studios Florida on Saturday for the Cat-tastic Dance Party.

7. Interactive experiences to be the games for Max Action Arena at ICON Park
The new 8,000-square-foot entertainment center is expected to open this fall — featuring virtual reality, axe-throwing and adventure and escape rooms.

In Case You Missed It 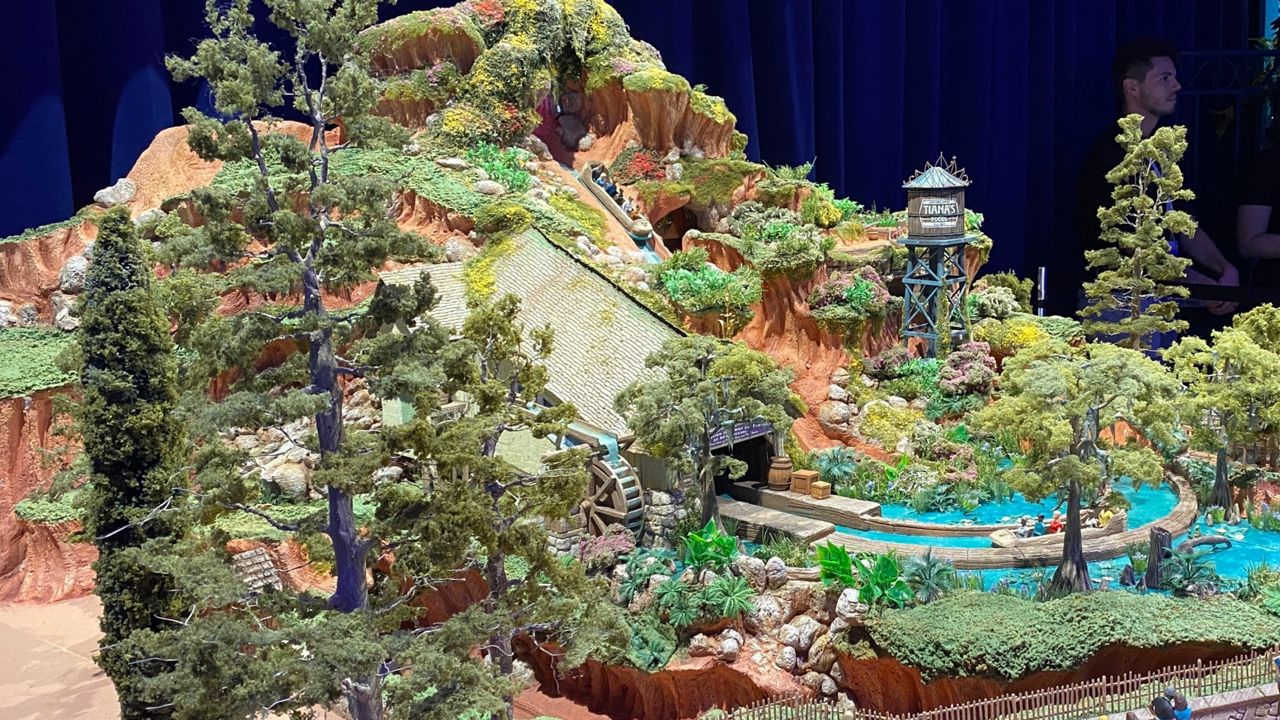 The reimagined ride, which picks up where Disney’s 2009 animated film “The Princess and the Frog” left off, will take Tiana on a new music-filled adventure through the bayou and will introduce 16 new characters, according to Disney Imagineers. The photo above shows a scale model of the ride, which is set to replace Splash Mountain at both Disney World and Disneyland.