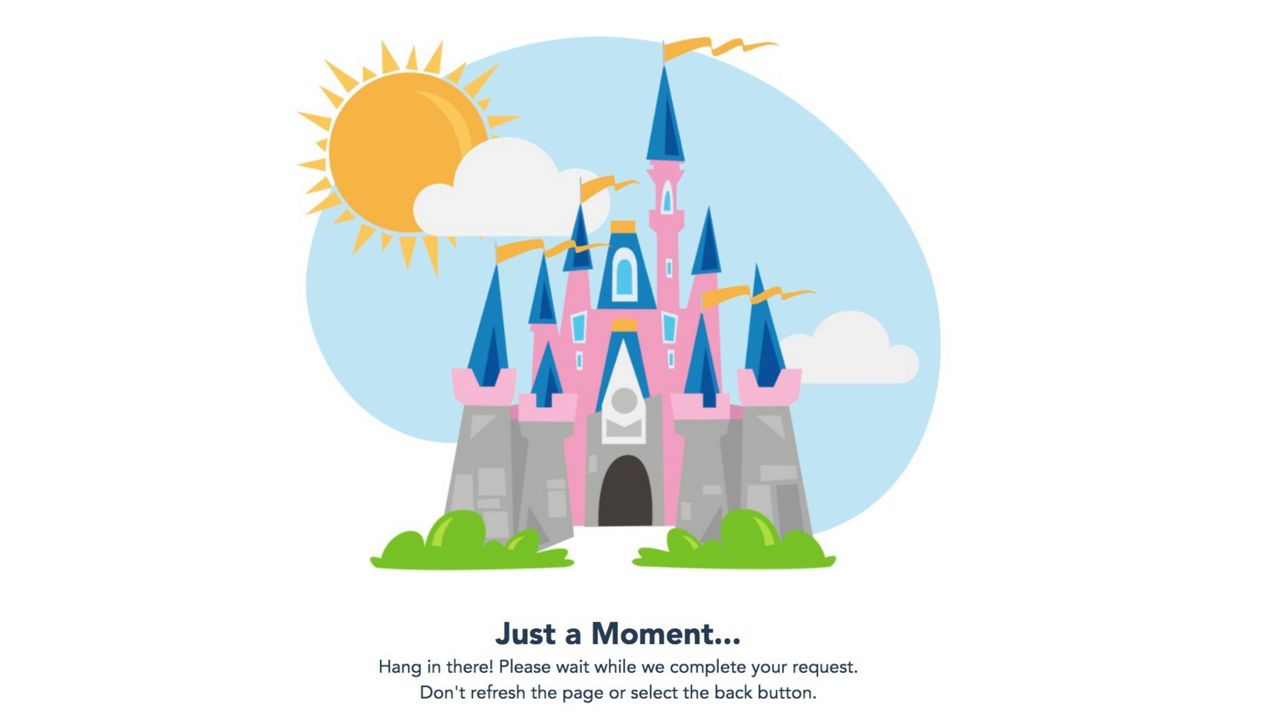 
​​The Disney Park Pass system opened this morning and was quickly overwhelmed with users trying to make reservations to visit the theme parks, which reopen next month.

For many users, instead of being able to select days to visit, they were greeted by a loading screen featuring Cinderella Castle's new look and "Just a Moment..." message. Other users encountered blank screens, error messages or a continuously-looping countdown clock featuring Space Mountain.

Many users took to social media to share the issues they encountered.

However, after a couple of hours, some users able to successfully making reservations.

“Update: finally got in after an hour,” @GraceJens wrote on Twitter. “The actual park reservations booking was smooth. Getting there took the patience of Cinderella.”

Morgan Rooks, who was able to get a reservation after about two hours, said she wishes the process wasn't so stressful.

"I would love for Disney to improve upon their website,” Rooks said. "This is not unusual for Disney for their sites to crash."

Alongside the new reservation system, Disney World launched a new availability calendar for visitors to see what dates are available for bookings. The calendar features different tabs for hotel guests, annual passholders and ticket holders.

Disney’s Hollywood Studios was the first of the four theme parks to reach capacity on the new reservation system. The availability calendar on the Disney World website shows Hollywood Studios is unavailable for July 15 and 16, the first two days of the park's reopening. The popularity of Hollywood Studios is not surprising since the park has the two newest attractions—Mickey and Minnie’s Runaway Railway and Star Wars: Rise of the Resistance.

Magic Kingdom and Disney's Animal Kingdom will be the first two theme parks to reopen at Disney World on July 11. A few days later, on July 15, Epcot and Disney's Hollywood Studios will reopen to the public. Visitors will be required to undergo temperature checks and wear a face masks to enter the parks.