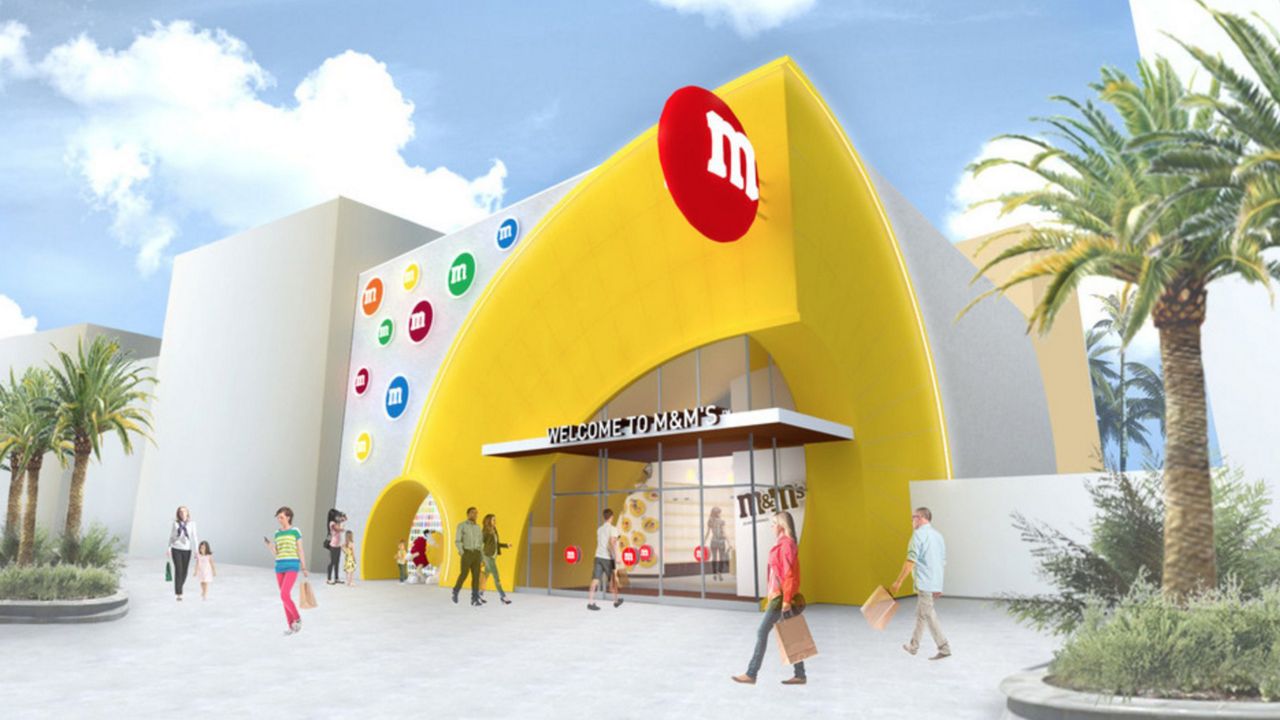 The store, which is set to debut sometime this year, was officially announced back in December.

On Thursday, Mars Retail Group released concept art showing what the outside of the Disney Springs store will look like.

The state-of-the-art store will offer a variety of interactive experiences as well as a Wall of Chocolate, characters moments and a chance for visitors to customize their own M&M's.

The M&M's store will be located on Disney Spring's West Side, between Splitsville Luxury Lanes and the NBA Experience.

With the opening of the Disney Springs store, the M&M's location at the Florida Mall will close.