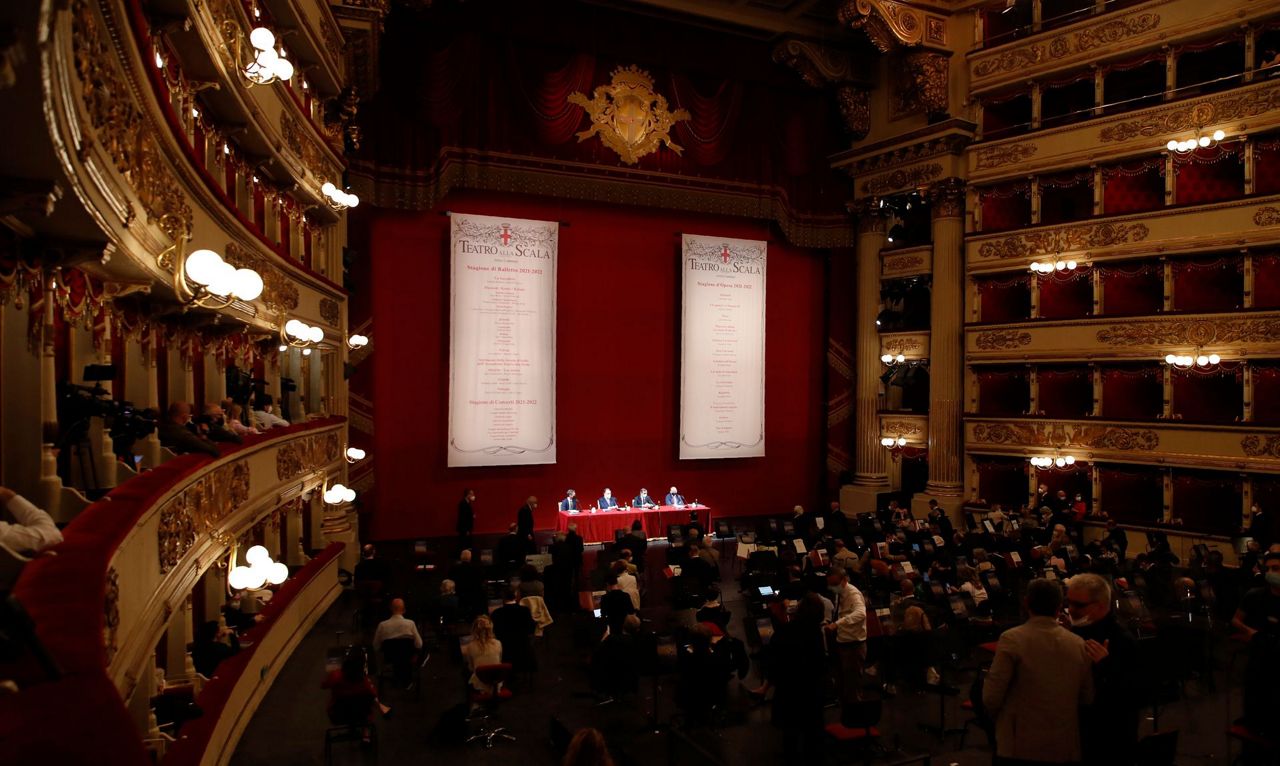 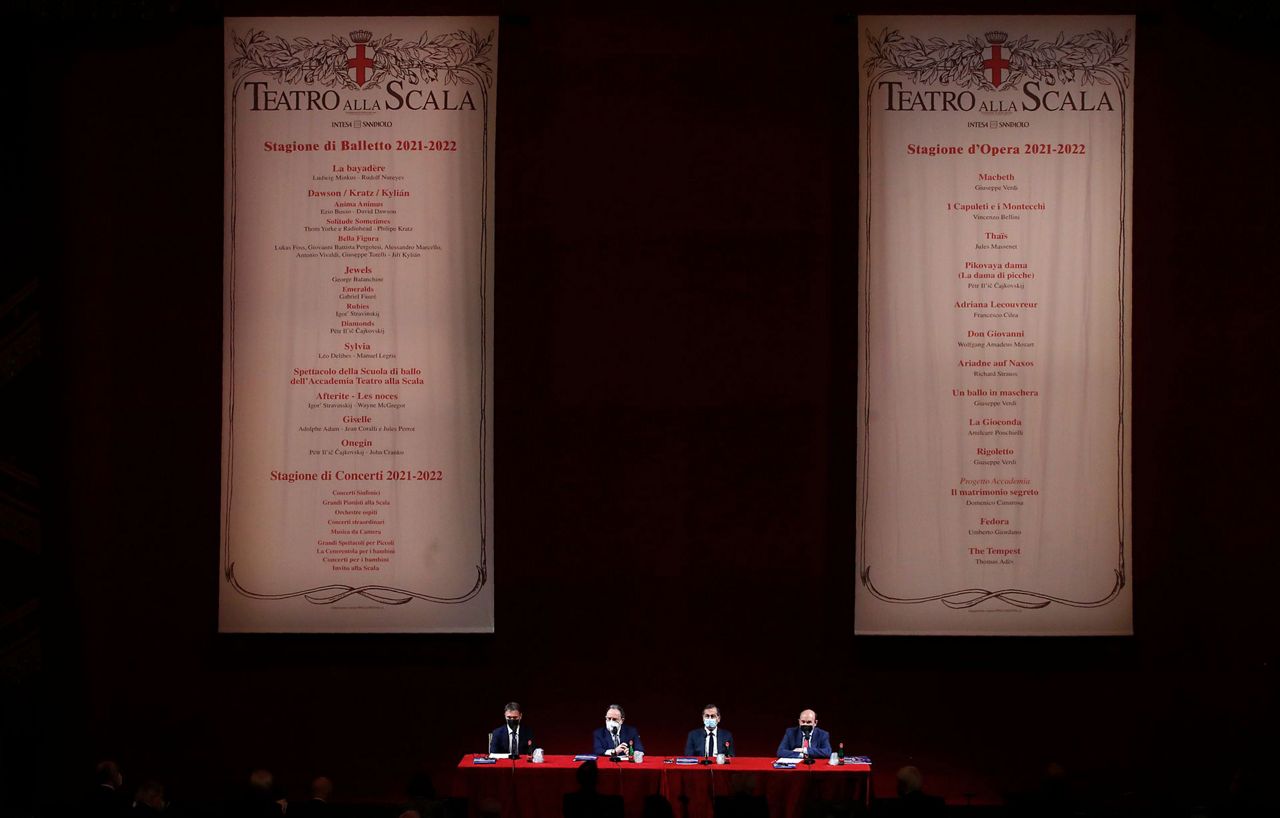 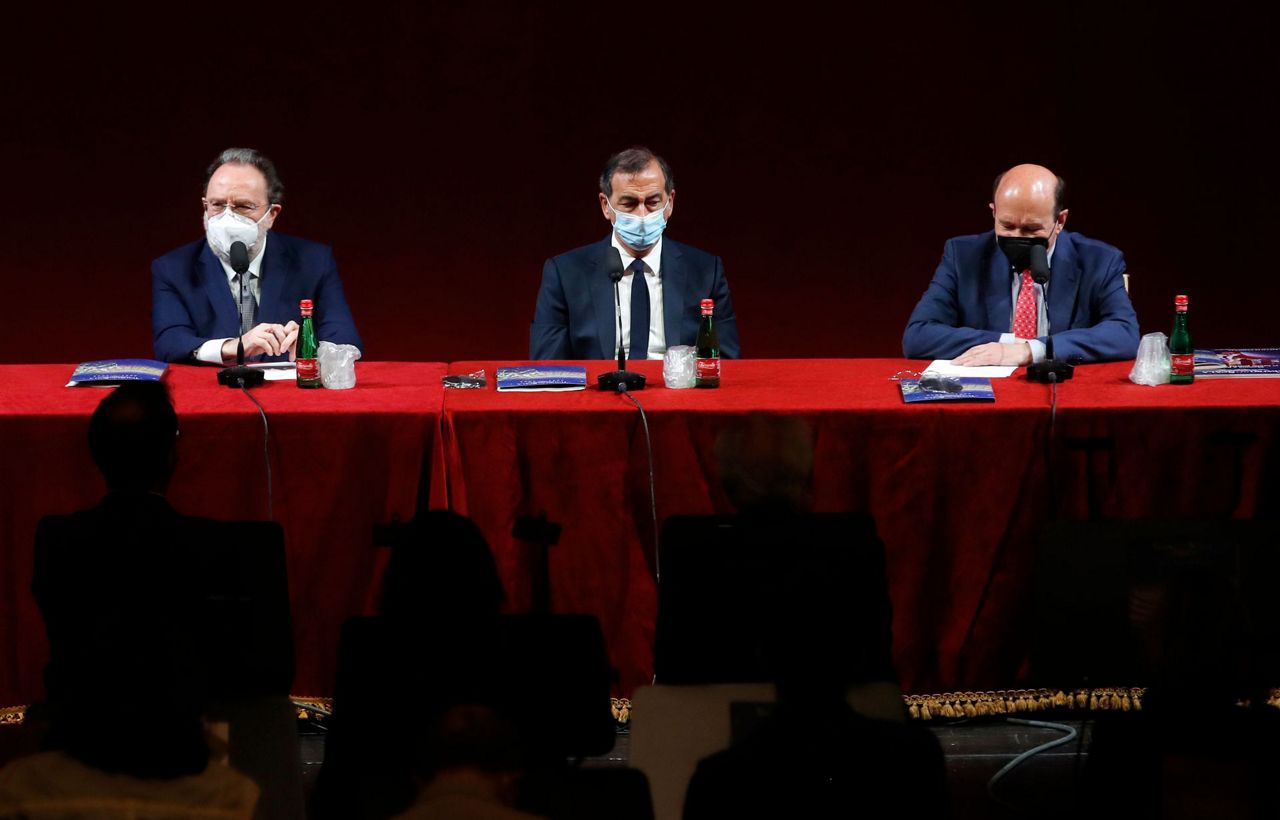 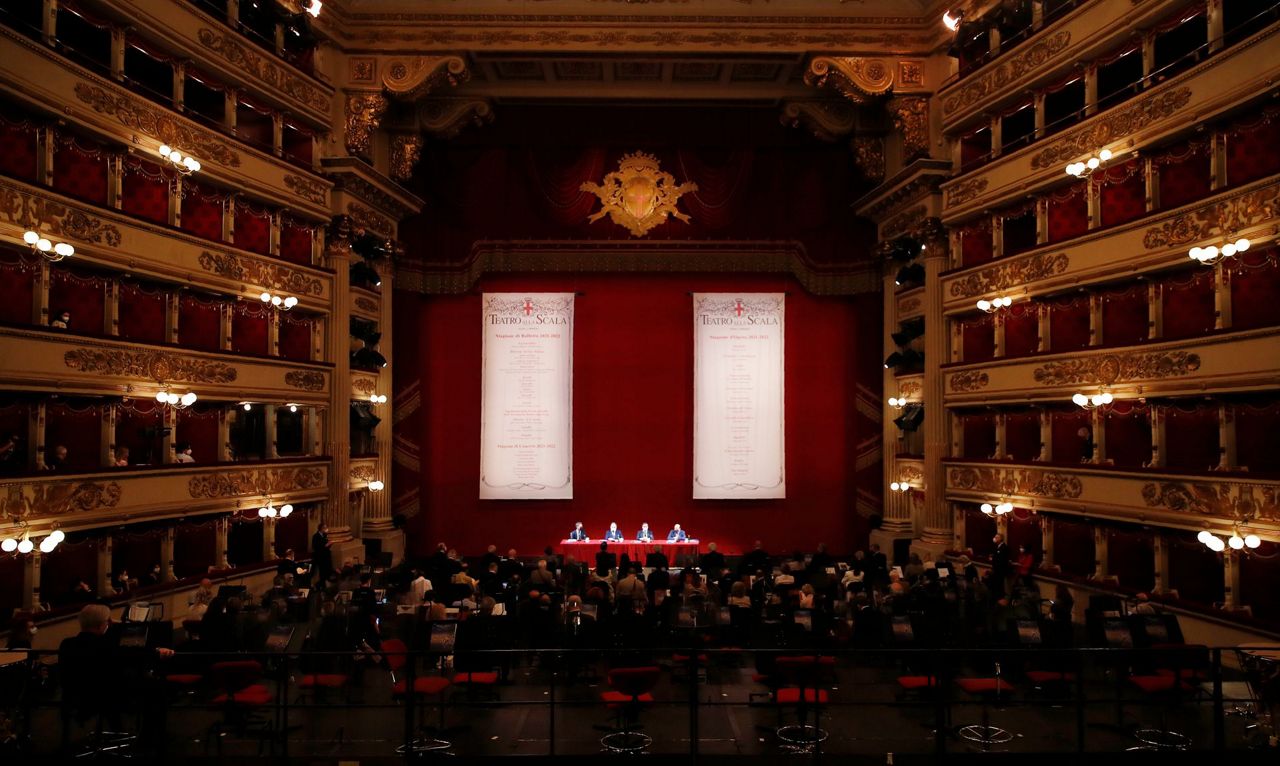 Audiences returned to La Scala last month, and, in the next significant step, the theater will remove flooring form the main seating area where the full orchestra has been playing at a social distance on risers and with plexiglass dividers separating woodwind and brass musicians.

“It will be the end of this horrendous experience,’’ said La Scala’s music director, Riccardo Chailly.

The conductor has been placed about 30 meters from musicians, and the musicians have been spaced at a distance where they can't properly hear each other to play, especially challenging during complicated executions, Chailly noted.

“It means creating music of 100 musicians without the possibility of hearing. This hasn’t been emphasized enough. The orchestra made a huge effort, and no one fell into emotional excess,’’ Chailly said, giving them both praise and thanks.

For the moment, the theater that seats around 2,000 people is limited to 500 audience members. The timing of further loosening of restrictions is up to government officials, general manager Dominique Meyer emphasized. But for the fall conclusion of the 2020-21 season, La Scala is focusing on music that requires less than a full orchestra to facilitate any future distancing requirements.

Chailly, will conduct Verdi’s “Macbeth” for the traditional Dec. 7 gala season-opener, following last year’s gala appearance of opera stars singing duets and arias for a broadcast event from a mostly empty theater. The hope is that the new season will open with the traditional pomp of the VIP event, one of the most anticipated on the European cultural calendar. Russian soprano Anna Netrebko headlines as Lady Macbeth, alongside Italian baritone Luca Salsi in the title role and tenor Francesco Meli as Macduff.

The new season recovers some operas that had to be postponed because of the pandemic, including Verdi’s “Rigoletto,” while also highlighting operas by foreign conductors and lesser-known works. There are nine new productions.

U.S. soprano Lisette Oropesa returns to La Scala in January and February in the role of Giulietta Capuleti in Bellini’s “I Capuleti e I Montecchi,’’ after missing her La Scala season-opener debut planned for last Dec. 7.

Chailly will also conduct Verdi’s “Un ballo in maschera,” starring Meli and Salsi along with Sondra Radvanovsky in the role of Amelia.

Meyer said he cast young Italian singers who had distinguished themselves by winning prominent contests in secondary roles in a bid to develop new talent alongside the theater’s usual roster of opera stars.

The general manager, in his second season at La Scala, also announced that the theater had remapped the seating plan, lowering prices on less popular orchestra seats that had been sold at a premium even though they didn’t share the same visibility of others in the same category. He also is adding six family boxes at each performance with lower-price tickets to children under 18 to encourage family attendance, beyond the theater’s already established program of operas and ballets for younger viewers.

“There is a need in honesty in front of our audience,” Meyer said.