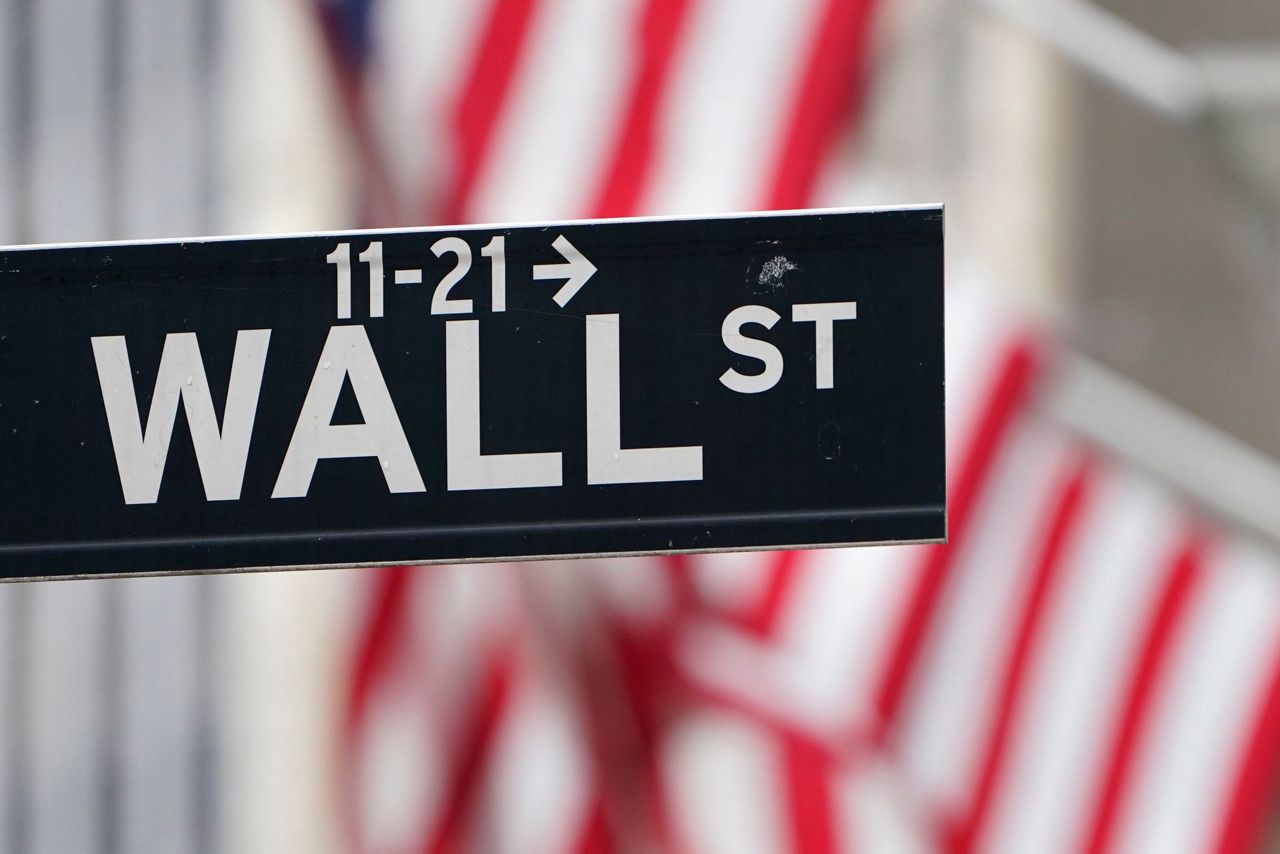 NEW YORK (AP) — U.S. stocks are pulling back from their record levels Monday, as Wall Street puts a quiet coda on one of its most rocking months in decades.

The S&P 500 was 0.9% lower in morning trading after more reports showed how the worsening pandemic is dragging down the economy in the near term. Despite the loss, the benchmark index is still on track for a surge of more than 10% this month as investors latch onto hopes that the economy will get closer to normal next year and strengthen in the long term.

Several big forces are behind this month's surge, beginning with the clearing of some of the uncertainty that had dogged markets leading into the U.S. elections. Now, Democrat Joe Biden is firmly in place as the president-elect in Wall Street’s eyes, and investors have avoided their worst-case scenario of weeks or months of limbo with an unknown winner.

Investors also found encouragement in prospects that Washington will remain under divided political control. Republicans are on track to hold onto control of the Senate if they can win one of two upcoming runoff elections in Georgia. A split government would mean low tax rates and other pro-business policies could remain the status quo.

But the turbocharger for the market’s move higher has been a huge dose of hope as pharmaceutical companies come closer to delivering vaccines to a world beaten down by the COVID-19 pandemic. Several have reported encouraging data recently suggesting their vaccine candidates are highly effective.

“Vaccines offer the promise that the major disruptions of the pandemic will fade from the scene in 2021,” said Stephen Innes, chief global market strategist at Axi. “Economic life will gradually heal; the world will start to move on from all the human suffering that the virus has wrought.”

Moderna said it would ask U.S. and European regulators Monday to allow emergency use of its COVID-19 vaccine. Its shares jumped 15.1%

Moderna follows Pfizer and German partner BioNTech in seeking to begin vaccinations in the U.S. in December. British regulators also are assessing the Pfizer shot and another from AstraZeneca.

That’s helped the stock market’s rally broaden out. Early in Wall Street's recovery this spring, it was Big Tech that carried the market higher on expectations that work-from-home and other trends would mean bigger profits for them. But hopes for a more widespread economic recovery are now boosting stocks of companies whose profits are more closely tied to the economy’s strength.

Energy stocks in the S&P 500 are on pace for a nearly 30% surge this month, for example. It’s a sharp turnaround from earlier this year, when oil prices plunged as the pandemic kept airplanes, trucks and factories around the world idled or slowed.

Financial stocks have also been big winners on expectations that a stronger economy will create a stronger job market and higher interest rates. That could mean more people paying back loans made at more profitable rates for banks. The smaller stocks in the Russell 2000 index, meanwhile, are on track for a roughly 18% surge this month.

Many of those stocks, though, were giving back some of their big gains Monday following discouraging economic reports and as investors locked in some profits from their big recent gains. Apache lost 5%, American Airlines fell 6% and the Russell 2000 dropped 2%.

A report on Monday morning showed that business activity in the Chicago area slowed more than economists expected. A separate report said that the pace of pending sales of homes was slower in October than expected. They’re the latest data to suggest the resurgent pandemic is dragging on the economy, including a pickup in layoffs.

With coronavirus counts and hospitalizations surging across the United States, Europe and elsewhere, governments are bringing back varying degrees of restrictions on businesses. An additional worry for markets is that the worsening pandemic will keep customers hunkered at home regardless of what kind of stay-at-home orders arrive. Experts are warning of a potentially brutal winter.

In Asia, Japan's Nikkei 225 0.8%. After trading ended, Koichiro Miyahara, the head of the Tokyo Stock Exchange, resigned to take responsibility for a massive system glitch that shut down trading last month. The full-day outage on Oct. 1 was the worst ever for the world’s third-largest exchange.

While the U.S. and Europe remained hobbled by high rates of infections, China’s economy is growing after it managed to rein in the pandemic. A report showed that growth in its manufacturing sector accelerated in November.