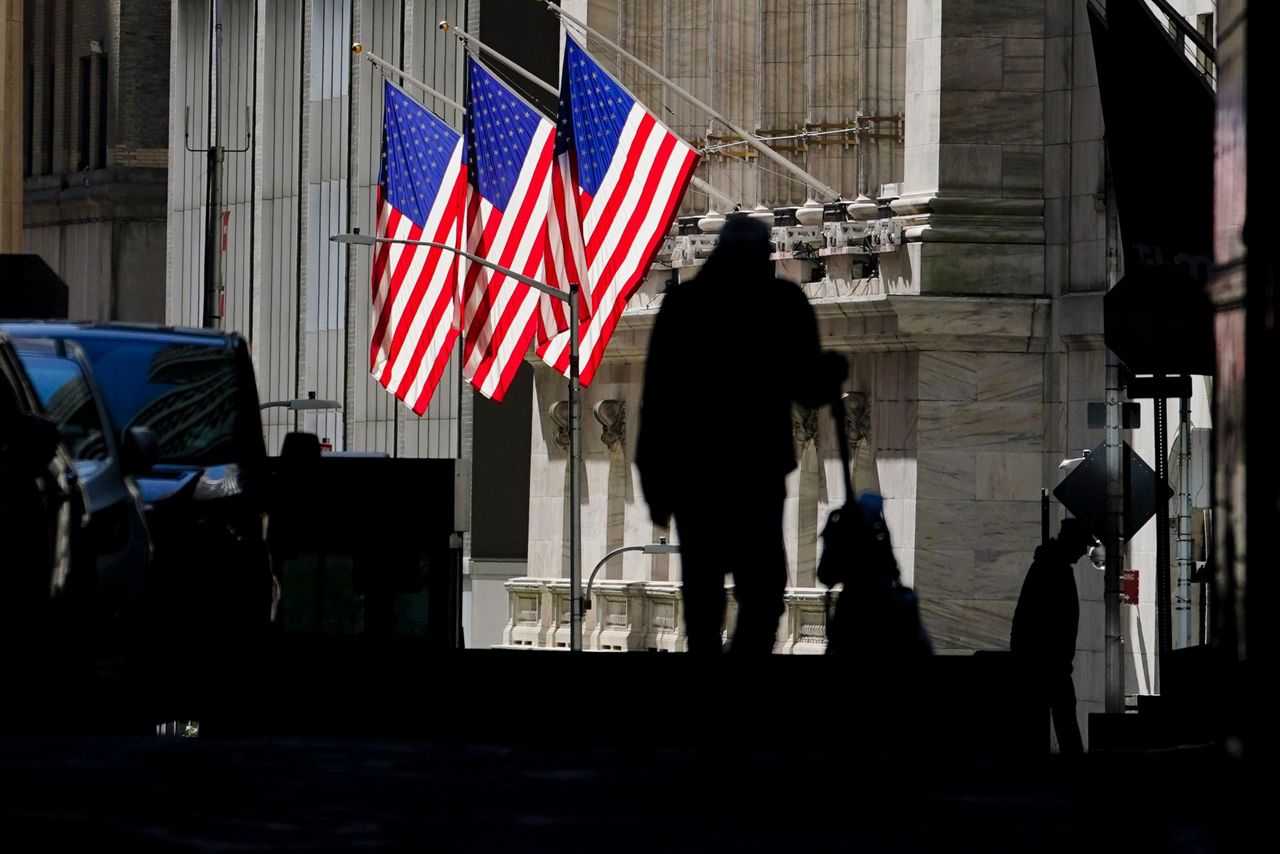 Stocks are closing higher on Wall Street following several solid earnings reports from U.S. companies. Investors are also monitoring last-ditch efforts in Washington to get more aid for the economy. The S&P 500 rose 0.5% Tuesday, recouping some of its losses from a day earlier. Procter & Gamble, Regions Financial and Travelers rose after reporting quarterly results that were better than analysts were expecting. The Justice Department filed a lawsuit claiming that Google has abused its dominance in online search to stifle competition. Overseas markets were mixed and Treasury yields held steady. Crude oil prices rose.

THIS IS A BREAKING NEWS UPDATE: AP’s earlier story appears below.

The S&P 500 was up 1% in afternoon trading Tuesday, recouping some of its loss from a day earlier. Technology stocks, banks, and companies that rely on consumer spending helped lift the market. Overseas markets were mixed. Treasury yields held steady.

Procter & Gamble, Albertsons and Travelers all rose after reporting quarterly results that were better than analysts were expecting. More than 85% of the companies that have reported results so far have beaten analysts' forecasts, according to FactSet.

Investors also had their eye on Washington in hopes that Democrats and Republicans will reach a deal to deliver more aid for the economy. Fading optimism that an agreement on a new relief package will be reached before the election next month led to a late-afternoon sell-off on Monday.

“We have had a decently strong recovery out of the gate, but there are signs that it is maybe starting to slow,” said Charlie Ripley, senior investment strategist for Allianz Investment Management. “Additional stimulus aid is something that will benefit the economy.”

Stocks have been mostly pushing higher this month after giving back some of their big gains this year in a sudden September swoon. The benchmark S&P 500 has notched a gain in each of the past three weeks. Even so, trading often has been choppy from one day to the next, reflecting uncertainty over the timing of more stimulus for the economy, something investors have been hoping for since July, when a supplemental $600-a-week unemployment benefit package ran out.

“If we can't get stimulus within the next three or four months, that's going to be damaging to the U.S. economy," said Megan Horneman, director of portfolio strategy at Verdence Capital Advisors.

House Speaker Nancy Pelosi and Treasury Secretary Steven Mnuchin negotiated for nearly an hour on Monday ahead of a Tuesday deadline for reaching a pre-election deal with the Trump administration on a new coronavirus relief package. A top aide of Pelosi’s called the talks productive.

Senate Majority Leader Mitch McConnell is expected to bring a GOP version of a stimulus bill to the floor of the Senate for a vote on Wednesday.

Google parent Alphabet rose 2.3% after the Justice Department sued the company for antitrust violations. The lawsuit could be an opening salvo ahead of other major government antitrust actions, given ongoing federal probes of other major tech companies, including Apple, Amazon and Facebook. Shares in Apple were up 1.8%, while Amazon was 0.8% higher. Facebook rose 2.9%.

The Big Tech stocks have been investor favorites this year, because the companies are expected to do well during and after the pandemic. That these companies could one day face the risk of an antitrust case is a risk investors have, or should have, long considered.

“It doesn't look like the market is too worried about it right now,” Horneman said, adding that the stocks' market-leading gains this year suggest traders are not pricing in a major regulatory risk.

Homebuilders rose broadly after the Commerce Department said U.S. home construction rose a solid 1.9% last month after having fallen in August. Applications for building permits, a good sign of future activity, also rose in September. NVR was among the biggest gainers, climbing 3%.

Procter & Gamble was up 0.6% after the consumer products company reported solid fiscal first-quarter results and raised its earnings outlook. Insurer the Travelers Cos. rose 5.2% after its latest earnings topped Wall Street's estimates, thanks partly to lower-than-expected losses on claims. Albertsons was 3.5% higher following its latest quarterly results. The supermarket chain benefited from a sharp increase in online and in-store sales as customers continue to stock up on groceries due to the coronavirus.

Across the S&P 500, analysts are expecting companies to report another drop in profits for the summer from year-ago levels. But they’re forecasting the decline to moderate from the nearly 32% plunge from the spring as the economy has shown signs of improvement.