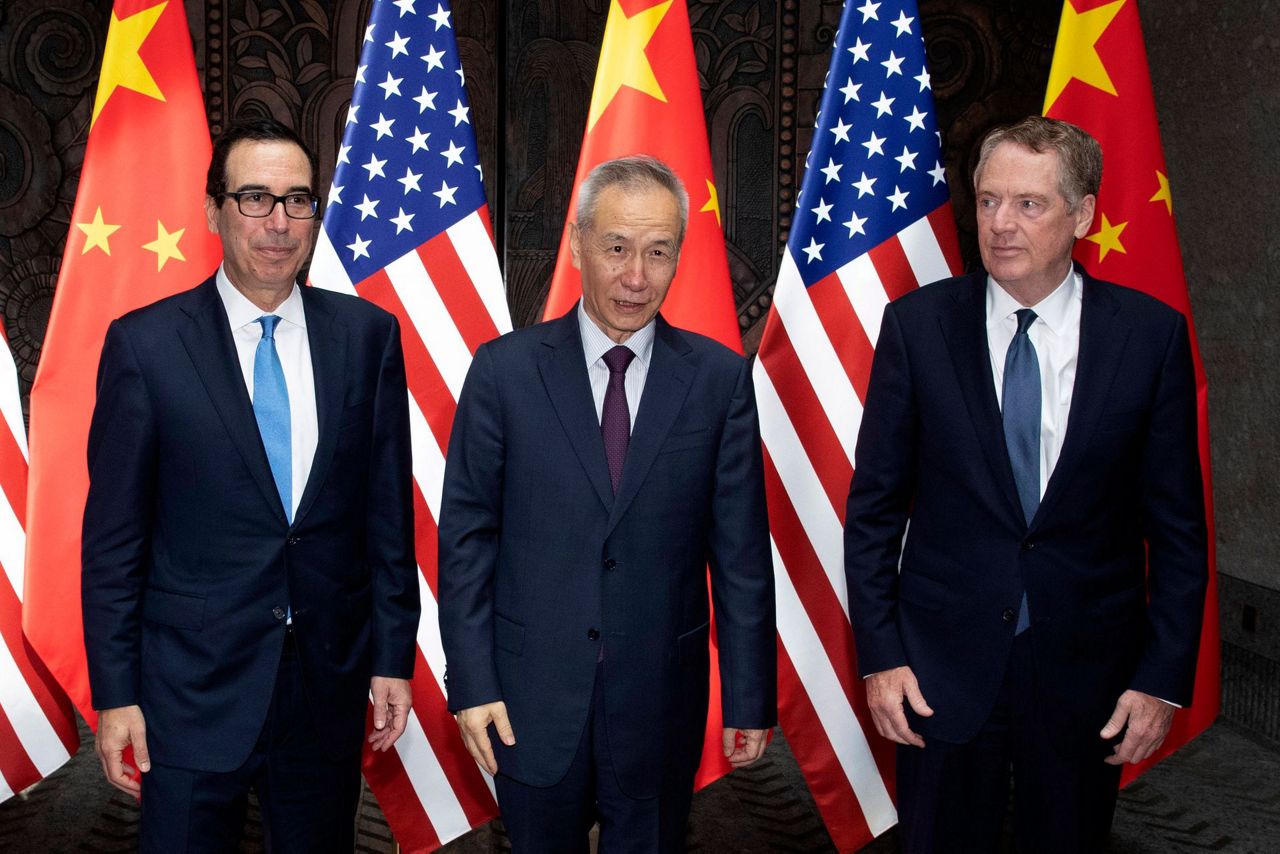 WASHINGTON (AP) — The Latest on President Donald Trump's plan to impose tariffs beginning Sept. 1 on the $300 billion in Chinese imports he hasn't already hit with taxes (all times local):

"Imposing tariffs is definitely not the right way to resolve trade frictions," Wang told reporters in Bangkok, where he was attending a meeting of the Association of Southeast Asian Nations.

He spoke Friday after President Donald Trump said he will impose 10% tariffs Sept. 1 on the remaining $300 billion in Chinese imports he hasn't already taxed.

The president has already imposed 25% tariffs on $250 billion in Chinese products, and Beijing has retaliated by taxing $110 billion in U.S. goods.

The U.N. chief told reporters Thursday: "We need to learn the lessons of the Cold War and avoid a new one."

"Looking into the not so distant future," Guterres said, "I see the possibility of the emergence of two competing blocs —- each with their own dominant currency, trade and financial rules, their own internet and artificial intelligence strategy, and their own contradictory geopolitical and military views."

The secretary-general said there is still time to avoid this scenario, reiterating that "with leadership committed to strategic cooperation and to managing competing interests, we can steer the world onto a safer path."

Guterres spoke shortly before Trump's tweet on tariffs against China.

Retailers are lining up against the proposed tariffs. "We are disappointed the administration is doubling-down on a flawed tariff strategy that is already slowing U.S. economic growth, creating uncertainty and discouraging investment," said David French, senior vice president for government relations at the National Retail Federation. "These additional tariffs will only threaten U.S. jobs and raise costs for American families on everyday goods.

"The tariffs imposed over the past year haven't worked, and there's no evidence another tax increase on American businesses and consumers will yield new results."

Moody's Investors Service is warning that Trump's planned tariffs will prove to be an economic drag.

"The escalation of trade tensions will increasingly weigh on the global economy and supply chains in an environment of already decelerating growth in the U.S., the euro area and China," said Elena Duggar, Moody's associate managing director.

"The tariffs will be credit negative for a number of U.S. sectors, including computers and electronics, manufacturing and apparel and leather."

"I am always first in line for getting tough on China," said Sen. Ron Wyden of Oregon. "But Trump doesn't have any strategy to get China to stop cheating on trade. The only thing he knows how to do is raise tariffs.

"The tariffs announced today will raise costs on everything from computers to backpacks to clothes as kids go back to school, without any reason to think that it will make China stop stealing our technology and undercutting American jobs."