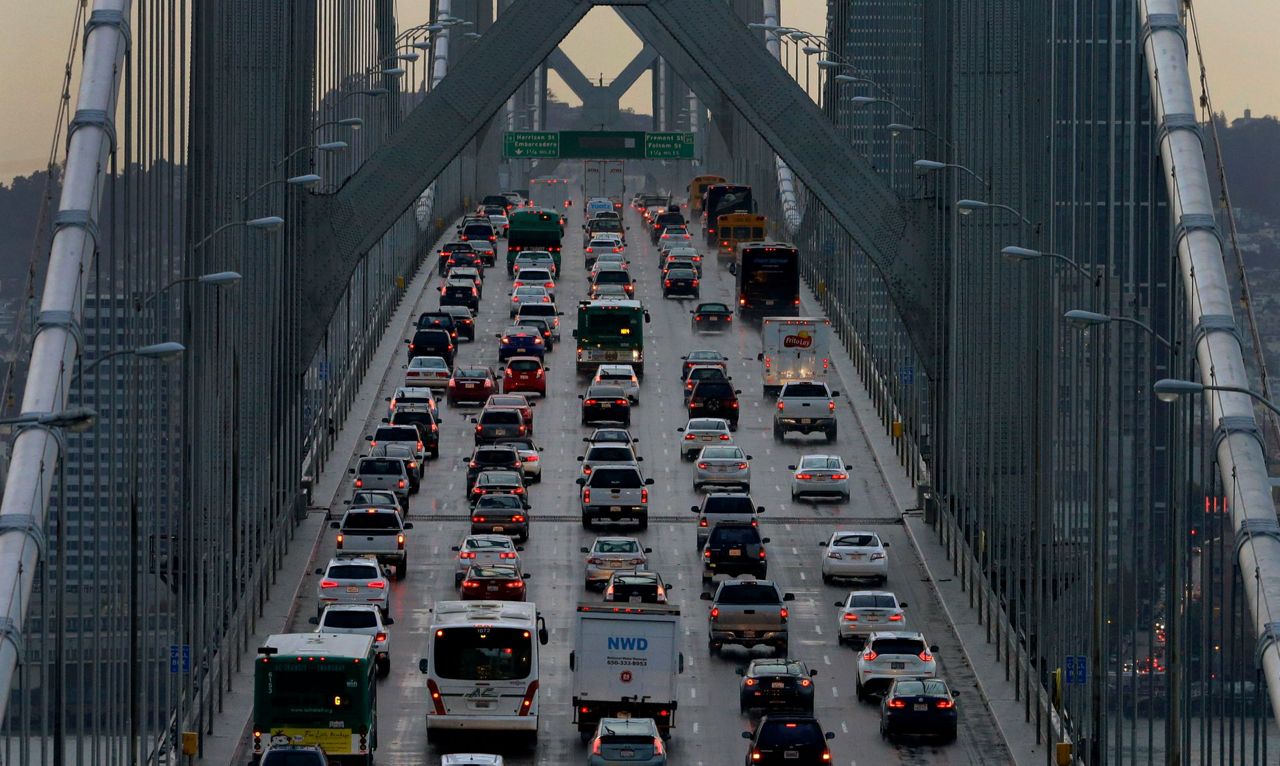 SACRAMENTO, Calif. (AP) — Major automobile manufacturers urged the Trump administration and California on Thursday to restart negotiations over vehicle mileage standards to prevent a lengthy legal battle, warning that moving ahead with two sets of standards would create instability in the auto market.

"What works best for consumers, communities, and the millions of U.S. employees that work in the auto industry is one national standard that is practical, achievable, and consistent across the 50 states," the 17 companies including Honda, Ford and Mercedes-Benz wrote in a letter addressed to Trump.

At issue is a Trump administration roll back of tougher Obama-era mileage standards that would require cars to get 36 miles (58 kilometers) of real-world driving per gallon (3.8 liters) of gas by 2025. The goal is for Americans to fill up their gas tanks less frequently, sending fewer climate-changing emissions and pollutants into the air.

Instead, the administration is halting the tougher standards at a 2020 requirement that cars achieve 30 miles (48 kilometers) per gallon of real-word driving. It also wants to take away California's long-held ability to set its own, tougher standards, first granted in 1970 under the Clean Air Act as the state dealt with oppressive smog. Under the Obama rules, though, California and the federal government were on the same page.

California has already sued to block the changes, and both sides have accused the other of failing to negotiate a middle ground. The Trump administration formally cut off talks with the state in February.

California, the nation's most populous state, has considerable influence over the auto market. Roughly a dozen states have used its emissions standards in the past, accounting for about a third of the market.

The automakers suggested Thursday that the administration consider adopting a standard that's halfway between its latest proposal and what California wants. They also called for a standard that "achieves year-over-year improvements" in fuel economy and facilitates the use of "alternative powertrains," such as electric vehicles.

"We strongly believe the best path to preserve good auto jobs and keep new vehicles affordable for more Americans is a final rule supported by all parties — including California," they wrote.

In the letter to Gov. Gavin Newsom, meanwhile, the companies said such collaboration would lead to greater greenhouse gas emissions reductions than having two standards.

"We know that reaching an agreement has been challenging, but the stakes are too high and the benefits too important to accept the status quo," they wrote to Newsom.

The administration is expected to release its final version of the mileage rollbacks soon.

"Had they sent this months ago, maybe it wouldn't be too late. But now they're closing the garage door after the gas guzzler has fled," Becker said in an email.

The Trump administration and California are frequent sparring partners, with the state filing more than 50 lawsuits against the federal government during President Donald Trump's tenure.

California has "failed to put forward a productive alternative, and we are moving forward to finalize a rule with the goal of promoting safer, cleaner, and more affordable vehicles," said Judd Deere, a White House spokesman.

Newsom, in an emailed statement, said a rollback of the standards would be bad for the climate and the economy.

"I applaud the automakers for saying as much in their letter today to the President. We should keep working towards one national standard — one that doesn't backtrack on the progress states like California have made," he said. He did not comment on whether the state would go back to the table.

A spokesperson for Mary Nichols, chairwoman of the California Air Resources Board, did not immediately comment.

This story has been corrected to show Becker is from the Center for Auto Safety.