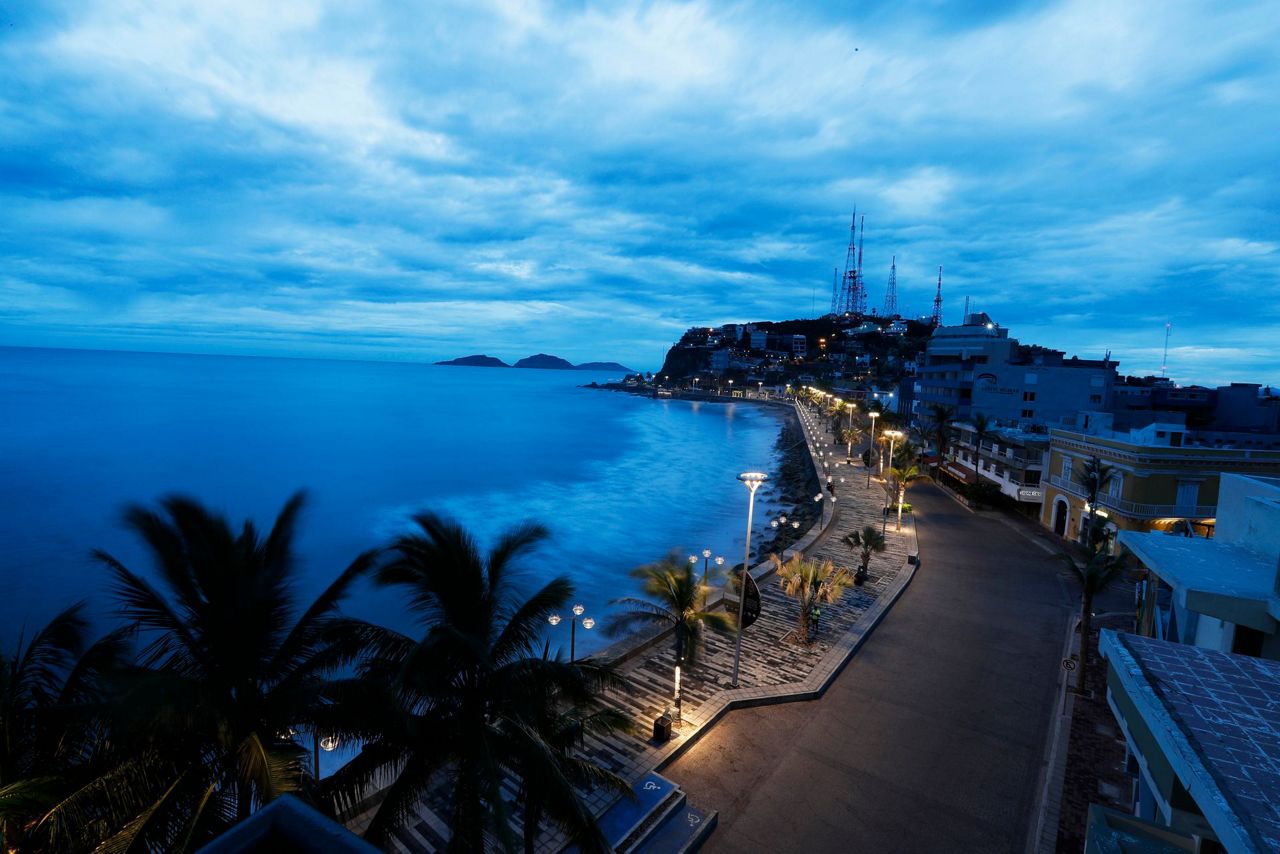 1 of 8
View of the beach before the arrival of Hurricane Willa in Mazatlan, Mexico, Tuesday, Oct. 23, 2018. "Extremely dangerous" Hurricane Willa headed toward a Tuesday afternoon collision with a stretch of Mexico's Pacific coast, its strong winds and high waves threatening high-rise resorts, surfing beaches and fishing villages. (AP Photo/Marco Ugarte) 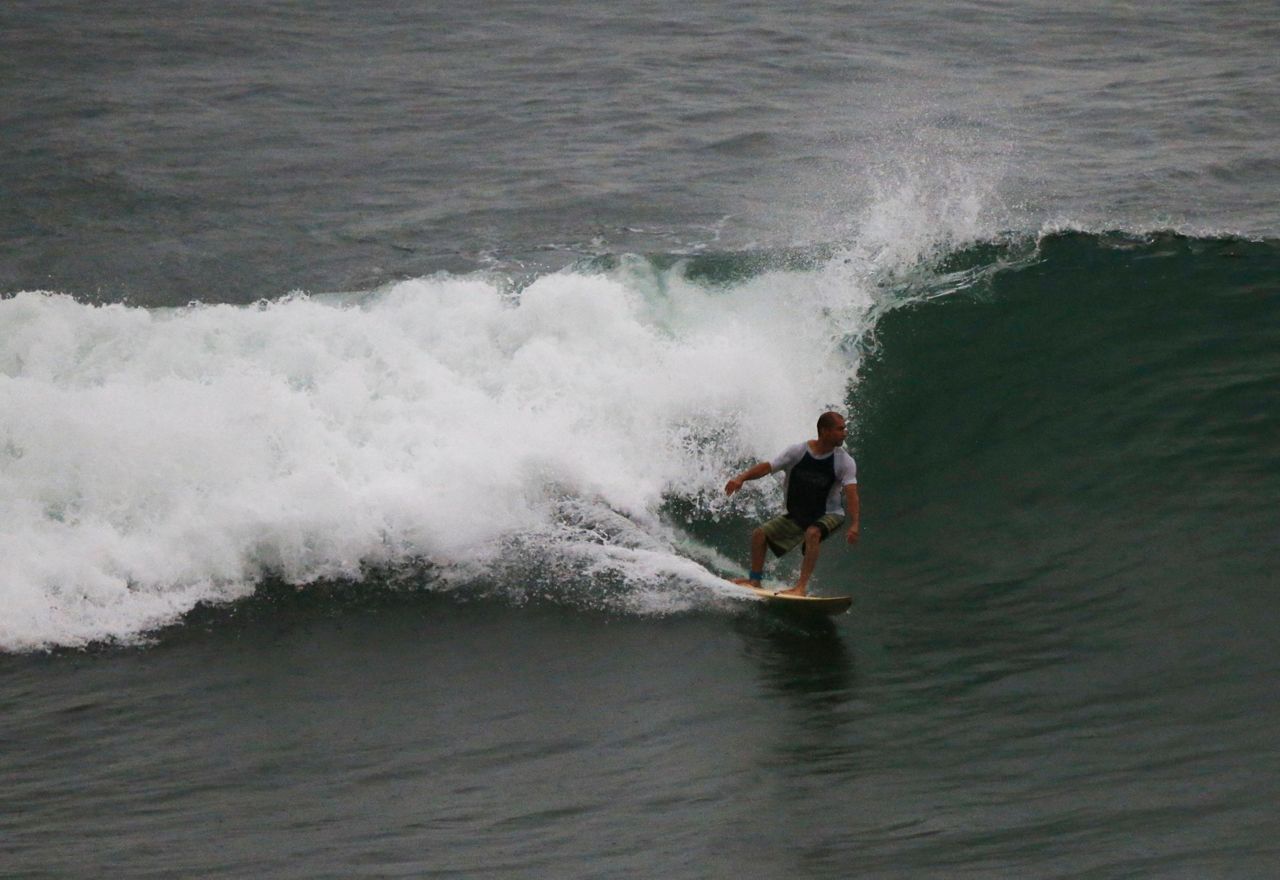 2 of 8
A surfer rides a wave in Mazatlan, Mexico, Tuesday, Oct. 23, 2018, before the arrival of Hurricane Willa. Willa is headed toward a Tuesday afternoon collision with a stretch of Mexico's Pacific coast, its strong winds and high waves threatening high-rise resorts, surfing beaches and fishing villages. (AP Photo/Marco Ugarte) 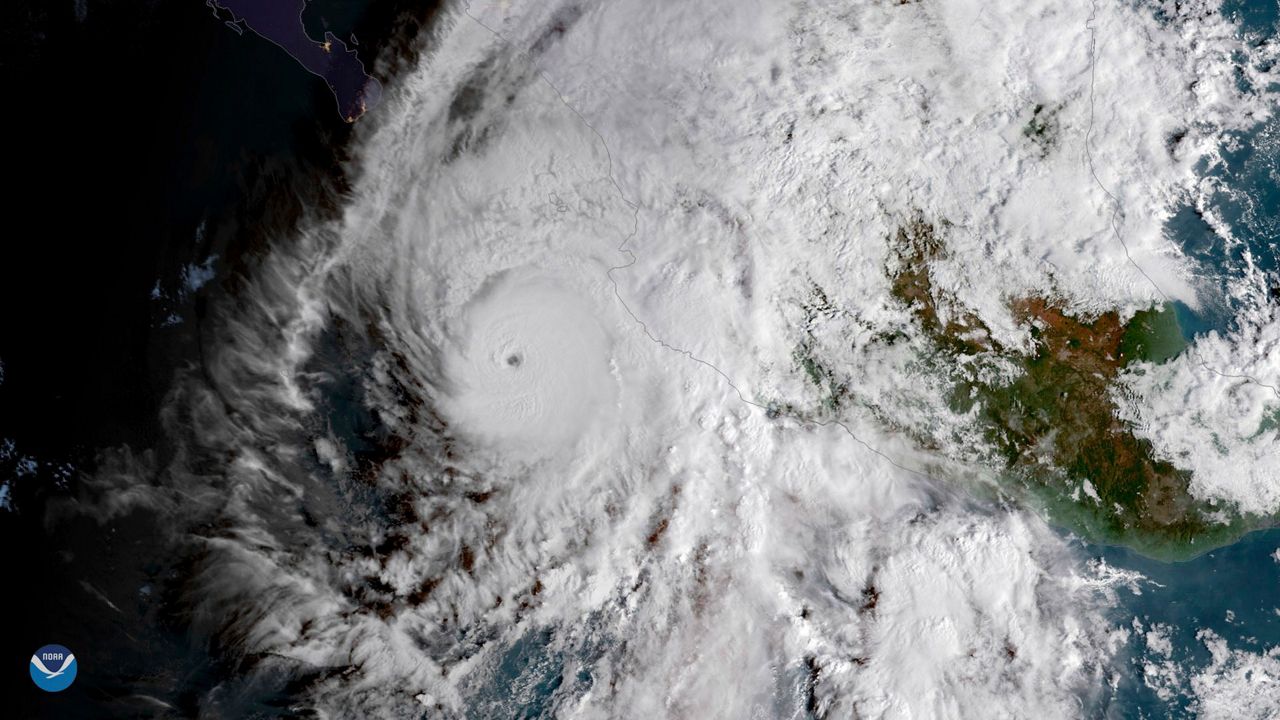 3 of 8
This GOES East satellite image provided by NOAA shows Hurricane Willa in the eastern Pacific, on a path toward Mexico's Pacific coast on Monday, Oct. 22, 2018. (NOAA via AP) 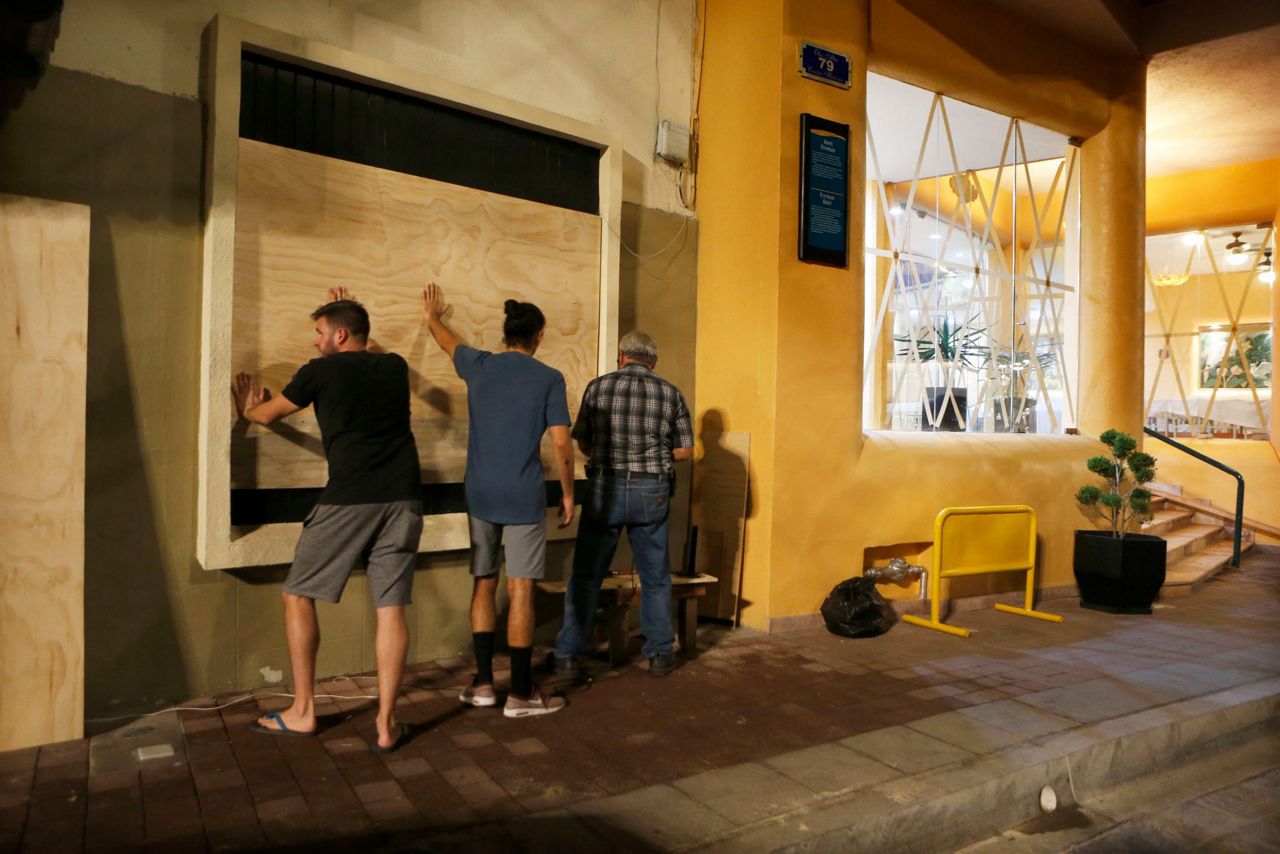 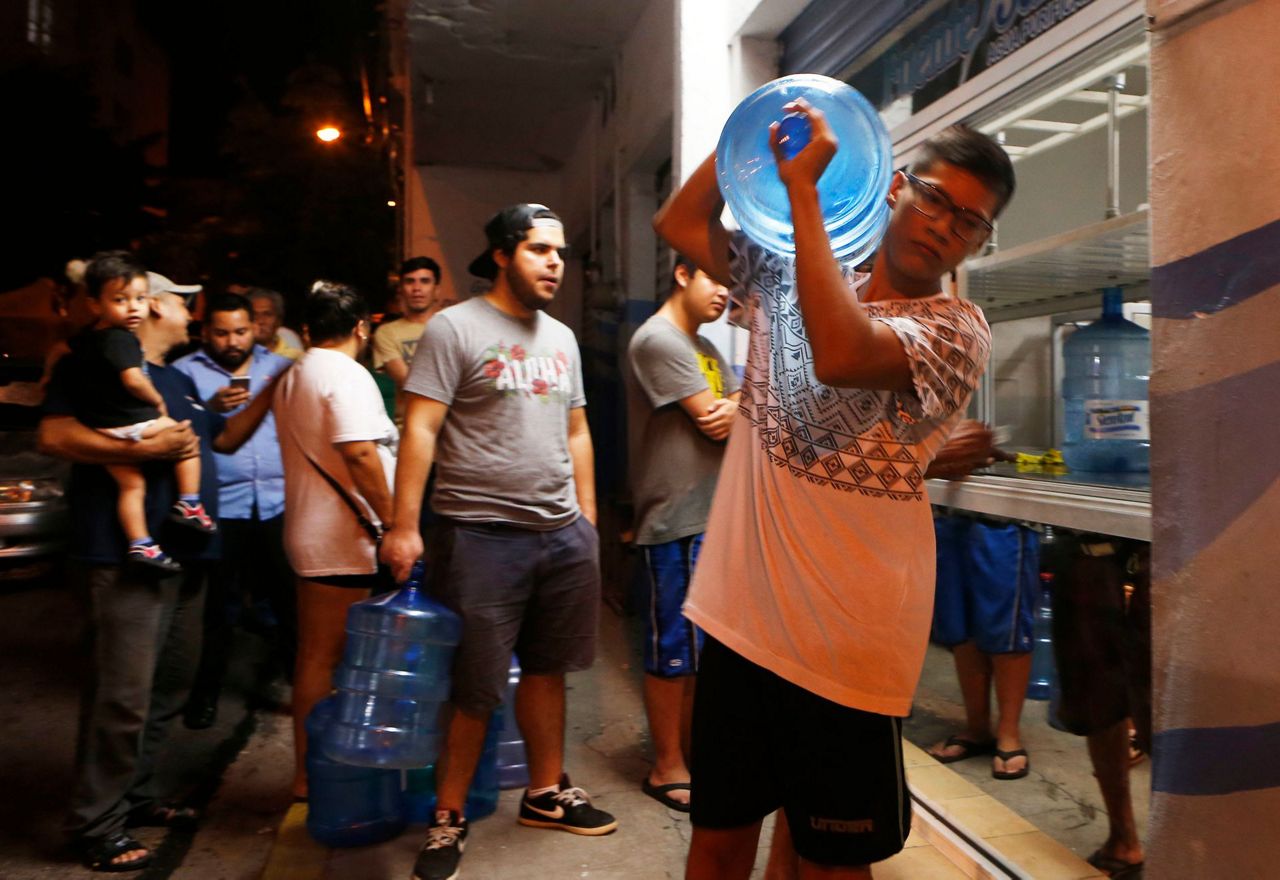 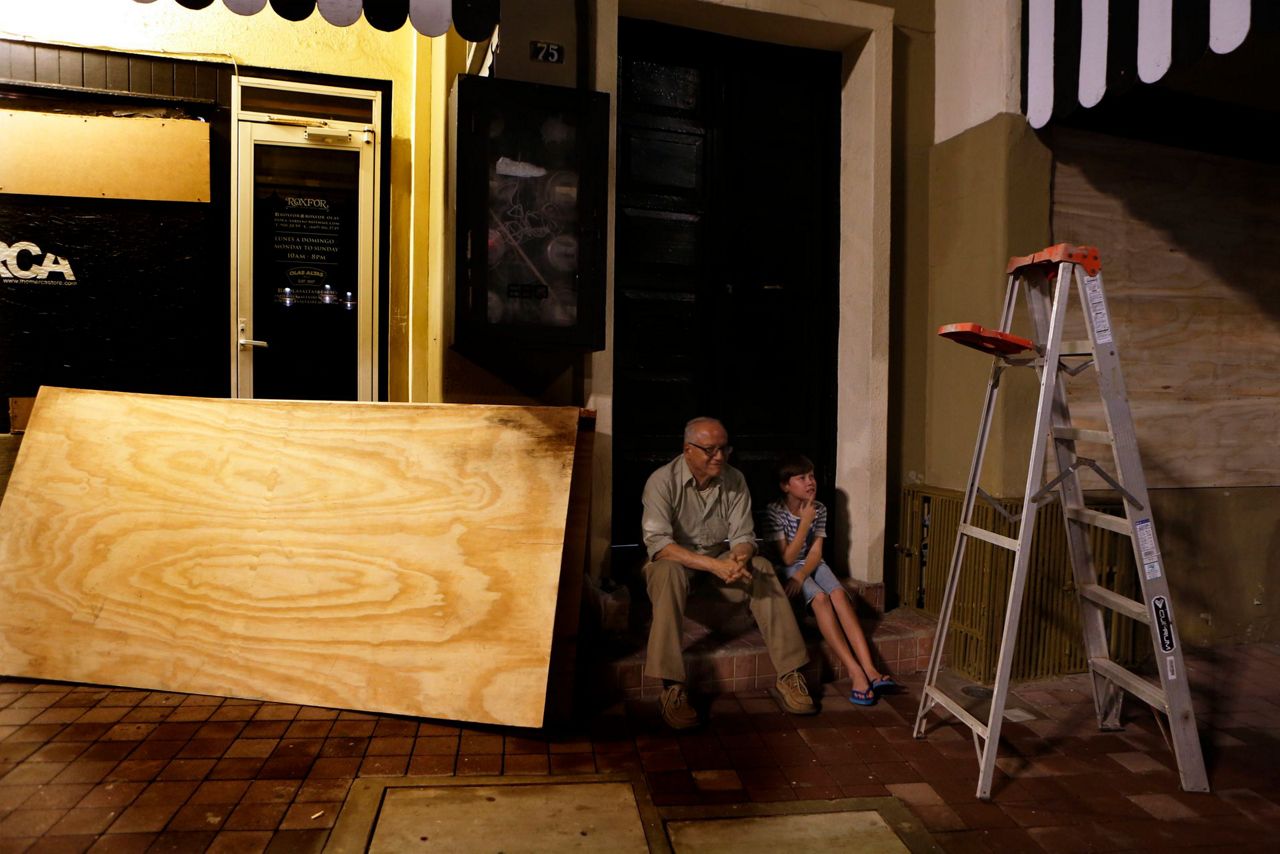 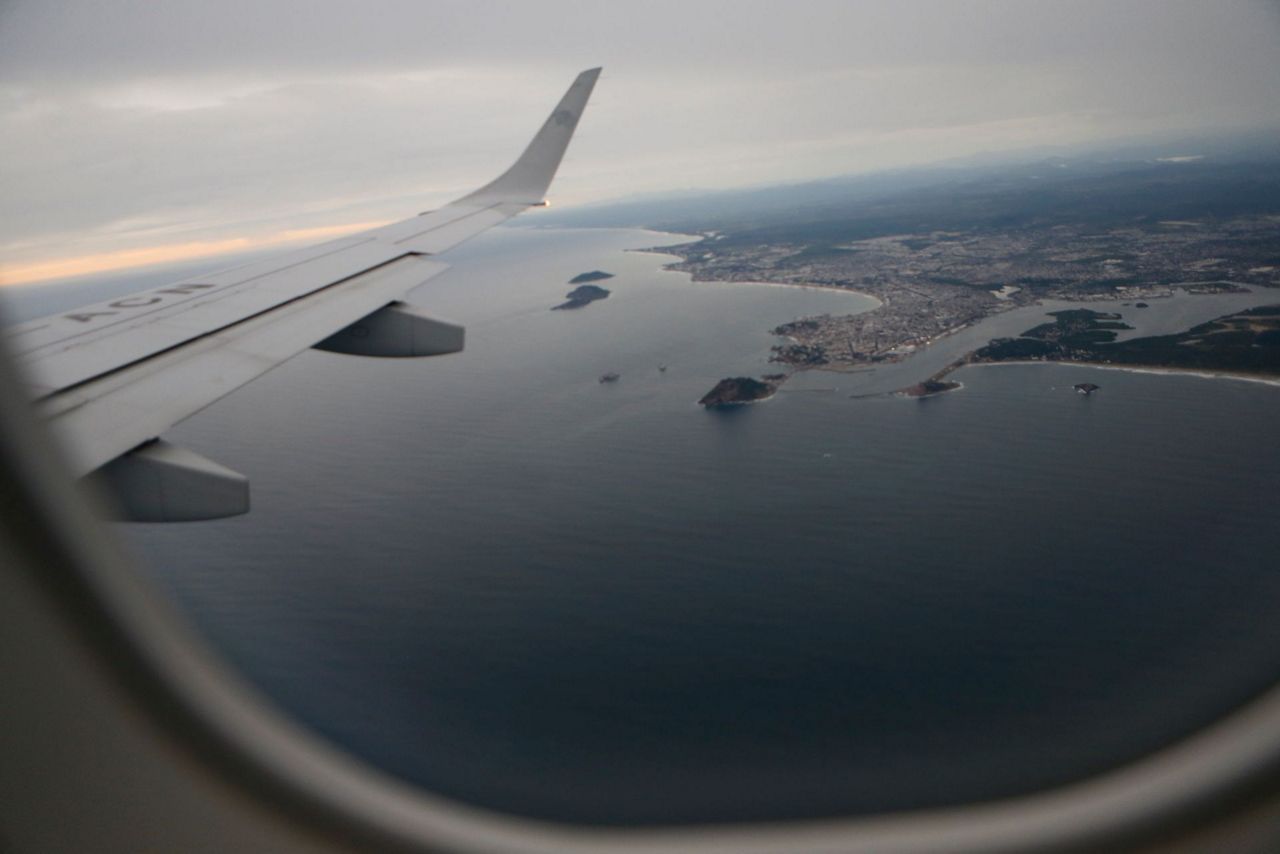 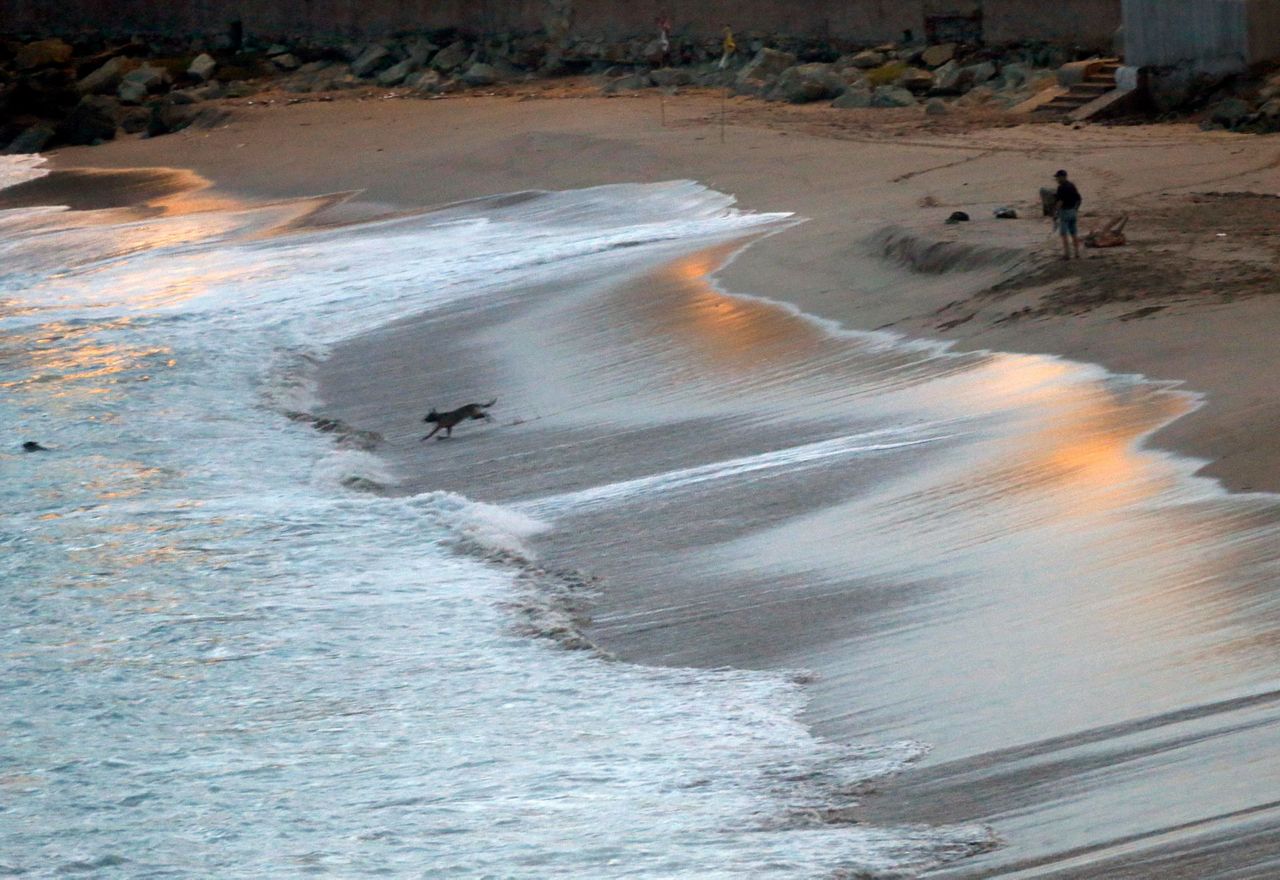 8 of 8
A dog chases receding waves along the shore in Mazatlan, Mexico, Tuesday, Oct. 23, 2018, before the arrival of Hurricane Willa. Willa is headed toward a Tuesday afternoon collision with a stretch of Mexico's Pacific coast, its strong winds and high waves threatening high-rise resorts, surfing beaches and fishing villages. (AP Photo/Marco Ugarte)

Emergency officials said they evacuated more than 4,250 people in coastal towns and set up 58 shelters ahead of the dangerous Category 3 storm, which was expected to blow ashore in the evening near Mazatlan, a tourist spot of high-rise hotels and about 500,000 people, many of them U.S. and Canadian expatriates.

The storm battered the Islas Marias, a group of Mexican islands about 60 miles (100 kilometers) off the mainland that include a nature preserve and a federal prison. Federal authorities gave no immediate details on any damage to the prison or what steps were taken to protect the inmates.

As Willa closed in, the beach in Mazatlan almost disappeared, with waves slamming against the coastal boulevard, black clouds looming overhead. A few surfers took advantage of the high waves even as workers boarded up windows on hotels, shops and homes. Schools were closed and the streets nearly empty.

The federal government issued a decree of "extraordinary emergency" for 19 municipalities in Nayarit and Sinaloa states.

Bob Swanson, who is from Saskatchewan, Canada, and spends two to six months of the year in his house in the Cerritos neighborhood near the shore in Mazatlan, said he filled his washing machine with water, filled his home fuel tank and gassed up his car in case he needs to head into the mountains for safety.

"I come from a country where we have hurricanes and vicious storms, so I'm kind of waiting with bated breath," he said over the phone while sitting on his porch and smoking a cigarette.

Forecasters said Willa could bring 6 to 12 inches (15 to 30 centimeters) of rain — with up to 18 inches (45 centimeters) in some places — to parts of Jalisco, Nayarit and Sinaloa states, with flash flooding and landslides possible in mountainous areas.

Farther to the south, the remnants of Tropical Storm Vicente continued to bring heavy rain that caused deadly flooding and mudslides in southern and southwestern Mexico.