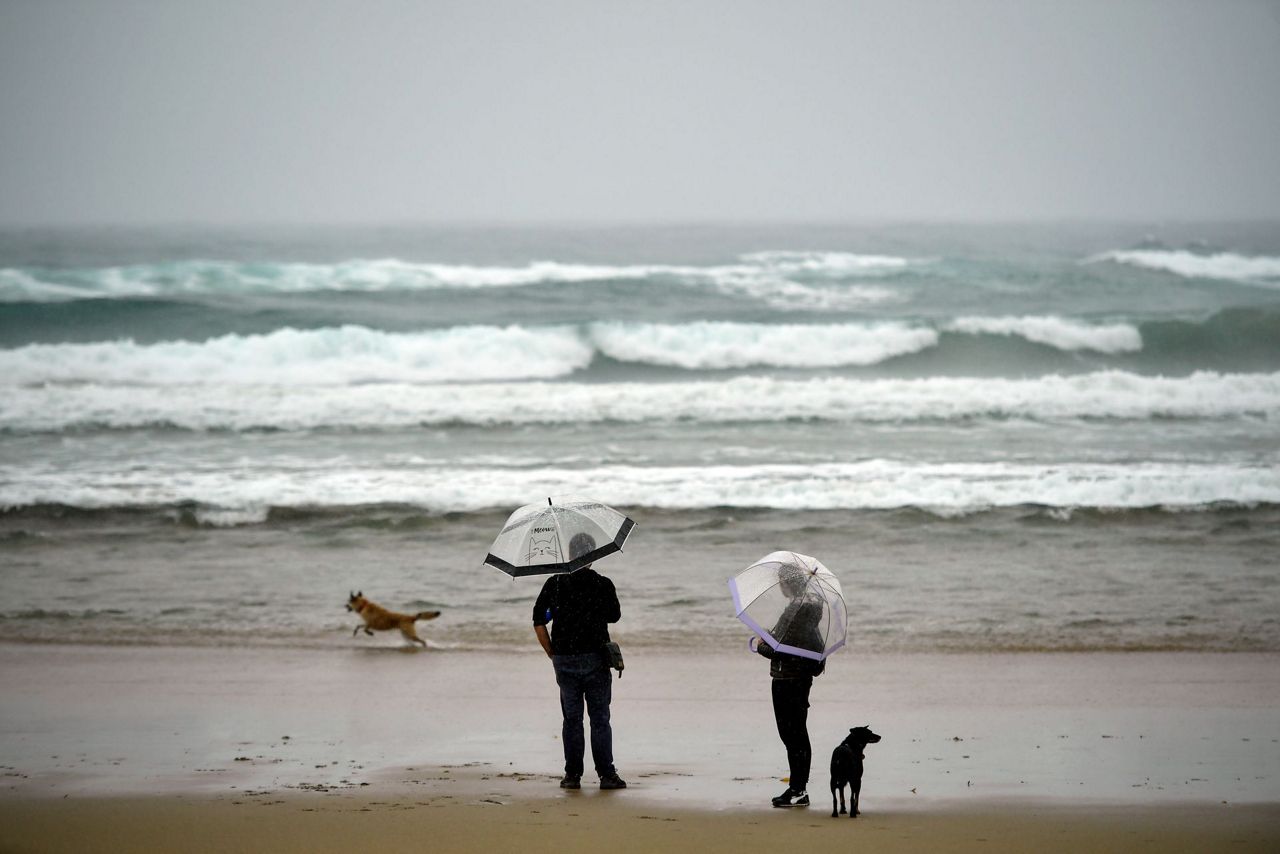 Over 60 people were forced to leave their homes by the storm and over 300,000 people suffered power outages overnight, Luis Belo Costa of Portugal's National Protection Agency said. He also gave the injury toll but added that none of the injuries were life-threatening.

Leslie had been downgraded from a Category 1 hurricane to a post-tropical cyclone with winds of 110 kph (70 mph) by the time it landed on Portugal's Atlantic coast late Saturday.

Winds sent trees crashing onto cars and sidewalks in the Portuguese capital and in the northern city of Porto.

Over 200 power lines were affected by the storm, according to reports citing power authority EDP. Some flights were also canceled or delayed.

Leslie moved east Sunday across the Iberian Peninsula to Spain, where authorities issued warnings for heavy rains and storm conditions for the northern part of the country.

Leslie is a bit of a weather outlier, since hurricanes that regularly batter the American side of the Atlantic rarely bring their destructive power all the way across the ocean to Europe.