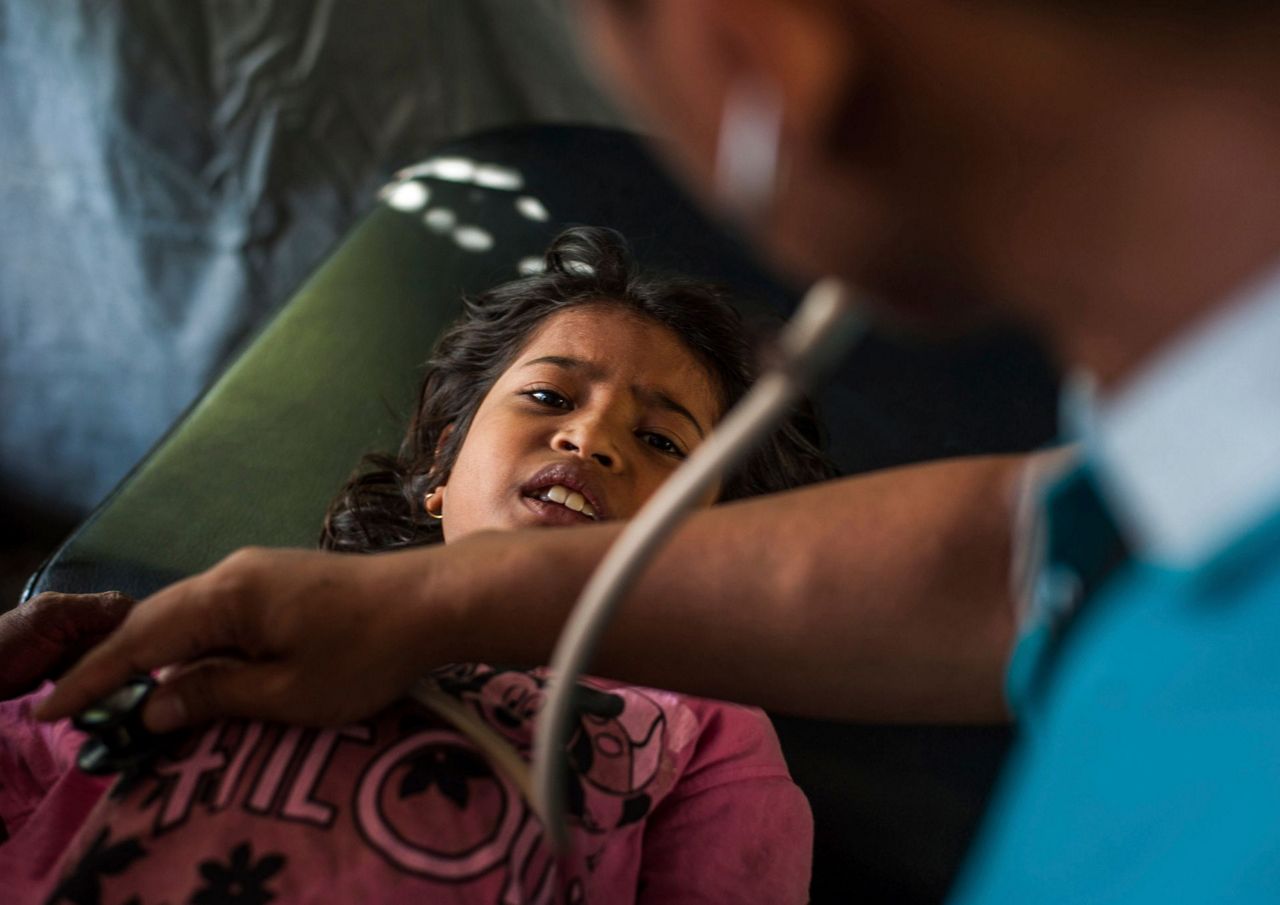 KAYANGAN, Indonesia (AP) — Falling rubble instantly paralyzed Mary Andoni from the waist down when Indonesia was shaken by one of its deadliest earthquakes in years. But there was nobody in her destroyed village to get her the help she needed. There were too many other injured and dead.

"It was overwhelming," Andoni's 35-year-old brother-in-law, Ilham, said of the chaotic aftermath of Sunday's magnitude 7.0 earthquake on the island of Lombok. "There was no way to get her out."

On Thursday, paramedics finally evacuated Andoni to a hospital in the city of Mataram. But her experience underscores the challenges facing this devastated region: Four days after the earthquake killed hundreds of people and displaced 270,000 more, injured survivors in remote areas cut off by landslides and broken bridges are still emerging from the ruined countryside, struggling to reach the doctors they desperately need.

And the crisis hasn't ended.

Lombok has been hit by over 300 aftershocks, including a 5.9 magnitude tremor on Thursday that brought down more buildings and injured 24 more people, authorities said. In northern Lombok, some people leaped from their vehicles on a traffic-jammed road when the aftershock hit, while an elderly woman standing in the back of a pickup truck wailed "God is Great." At a Mataram hospital, about a dozen people were being treated while fearful staff moved patients outside.

At a first aid station in Kayangan that was set up under a sprawling tent because of the threat of more quakes, Dr. Mohammad Akbar said medical staff were combing the region with an ambulance to locate injured people.

By 3 p.m., he said, they had found and treated 40 people with broken bones, cuts and bruises. Many were also dehydrated.

"They're all stuck in isolated areas with little or no transport," Akbar said. "They're too weak to get here on their own, so we need to go to them."

Akbar said paramedics were treating infections caused by traumatic wounds, and they were reaching some victims too late. One 3-year-old girl, he said, had been found with a wounded foot that had turned pale blue after being untended for three days. Doctors at another hospital on Lombok had to amputate it.

Because the nearest hospital — an hour's drive away in Tanjung — was wrecked by the quake, Akbar's aid station is referring patients to an Indonesian naval ship now docked at an empty port on the coast.

Two of the ship's wards were filled by patients lying on stretchers with IV drips in their arms. Outside, in the hallways, family members who accompanied them sat barefoot on mats, staring blankly at the ship's walls.

"Their physical wounds are easy to treat. But their psychological wounds are much harder to heal, especially for those who lost loved ones," Abdallah said.

"When we ask 'what happened to you?' most of them break down. ... They find it very hard to describe what they went through. They have no words."

Abdallah said several of the patients had waited to seek medical help because they had run high into the hills fearing the quake would spawn a tsunami, and stayed there for days.

One of them, a 45-year-old woman named Supisah, who like many Indonesians uses only one name, said her leg had been shattered by a collapsing wall. After a villager helped carry her to higher ground, she did not make it back down until Wednesday.

In Kopang Daya, injured villagers also got their first proper treatment Thursday after medics arrived with a portable X-ray machine and other supplies. They tended to an elderly woman with an injured face and hips who had been knocked over by her grandson as they scrambled from their house.

Kayangan appears to be one of Lombok's hardest-hit areas. Associated Press journalists who visited Thursday saw kilometer after kilometer (mile after mile) of homes by the road that were completely flattened. One family had put down mats and mattresses on a cleared rectangle to sleep on; towering around them were piles of broken wood and shards of concrete, the crushed remains of their home.

Akbar's aid station is the only one in the vicinity, and it's more than half an hour drive away.

One 9-year-old girl who had been brought there by her father closed her eyes and screamed in pain as the paramedic wrapped white gauze around a pair of splints that ran the length of her broken leg.

"Does it hurt, is this too tight?" the medical worker asked.

"It hurts," the girl replied, gripping her pink shirt. "It hurts so much."

Andoni, the woman who was paralyzed in the quake, lay on an adjacent bed waiting for an ambulance to take her to Mataram.

Her brother-in-law said he found her buried from the head down in the rubble of her home on Sunday night. She had saved her 5-month-old daughter's life by cradling her against her breast as concrete smashed into her back, likely fracturing her spine.

The extent of her injuries was unclear, and Ilham said their village — Pakmayong — was consumed by chaotic scenes. Several people helped him carry Andoni on a blanket that acted as a stretcher to an open field where they stayed for days.

"There were so many wounded, they all needed help," said Ilham, who also helped bury the bodies of three of his neighbors. "Everybody was in shock."

The day after the quake, they ate nothing, then survived two more days by eating cassava. Then, on Thursday, an ambulance showed up to take Andoni to the clinic in Kayangan.

"It's been horrible, like doomsday," Ilham said after she left. "The local government can't handle this on its own. They need help, too."