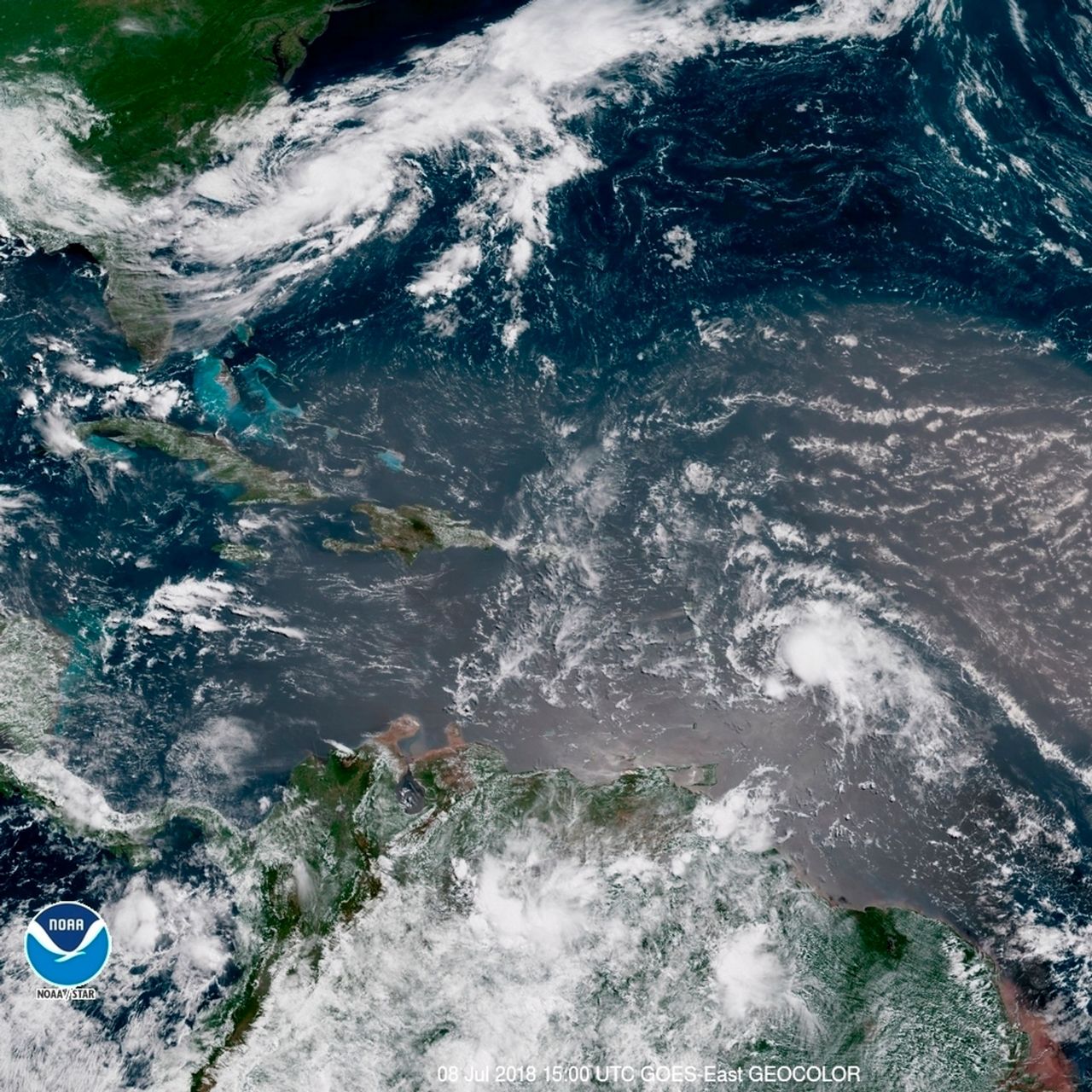 The government of Dominica said it would shut down its water system and Puerto Rico's governor warned of likely new power outages. People on islands across the region stocked up on food and water and prepared for possible damaging winds, rains and waves.

Intermittent rainstorms were already hitting Dominica, and the U.S. National Hurricane Center said 2 to 3 inches (5 to 7.5 centimeters) of rain could fall as the storm's remnants moved over or near the mountainous island Sunday night.

Dominica Prime Minister Roosevelt Skerrit told people to store water because the government would shut down the water system as a precaution, and he warned them to stay alert and respect an island-wide curfew to remain indoors.

"We have to continue to take the situation very seriously," he said in a public address. "Move now. Go to your relatives. ... Go to the shelters."

Meteorologist Marshall Alexander told The Associated Press that officials were worried about people still living with tarps on their roofs after Hurricane Maria slammed into Dominica as a Category 5 storm last year, killing dozens of people.

"We are in a vulnerable state," he said.

Meanwhile, Tropical Storm Chris formed off the Carolinas, and the U.S. hurricane center said it was likely to grow into a hurricane while heading to the northeast, roughly parallel to the coast. It wasn't projected to directly threaten land over the next few days, though forecasters said it could kick up dangerous surf and rip tides.

In the Caribbean, a tropical storm watch was up for Dominica and long lines were reported at grocery stores on several islands as people shopped for food and water.

"We can't take chances with weather," Jeffrey Xavier, manager of the Mr. Clean Bed & Breakfast in Dominica, said in a phone interview. "There was a lot of buying."

Puerto Rico Gov. Ricardo Rossello said at a news conference Sunday afternoon that the island could experience power outages when the storm's remnants passed over on Monday. He also urged people without sturdy roofs to move in with relatives or one of 24 government shelters that have opened. More than 1,500 power customers remain in the dark more than nine months after Maria, and some 60,000 people still have only tarps for roofs.

Lugo lost his roof and two walls to Maria and was waiting for volunteers to secure his new roof before Beryl.

The hurricane center said the storm still had maximum sustained winds of 45 mph (75 kph) late Sunday afternoon. It was centered 60 miles (95 kilometers) east of Martinique and was zipping west-northwestward at 26 mph (43 kph).

The hurricane center said there was a possibility that the remnants of Beryl could regenerate into a tropical cyclone in a few days while moving across the Bahamas.

Off the U.S. East Coast, Tropical Storm Chris was centered about 180 miles (290 kilometers) south-southeast of Cape Hatteras, with maximum sustained winds of 50 mph (85 kph). It was expected to remain almost stationary over the next few days before growing to hurricane force and moving to the northeast.