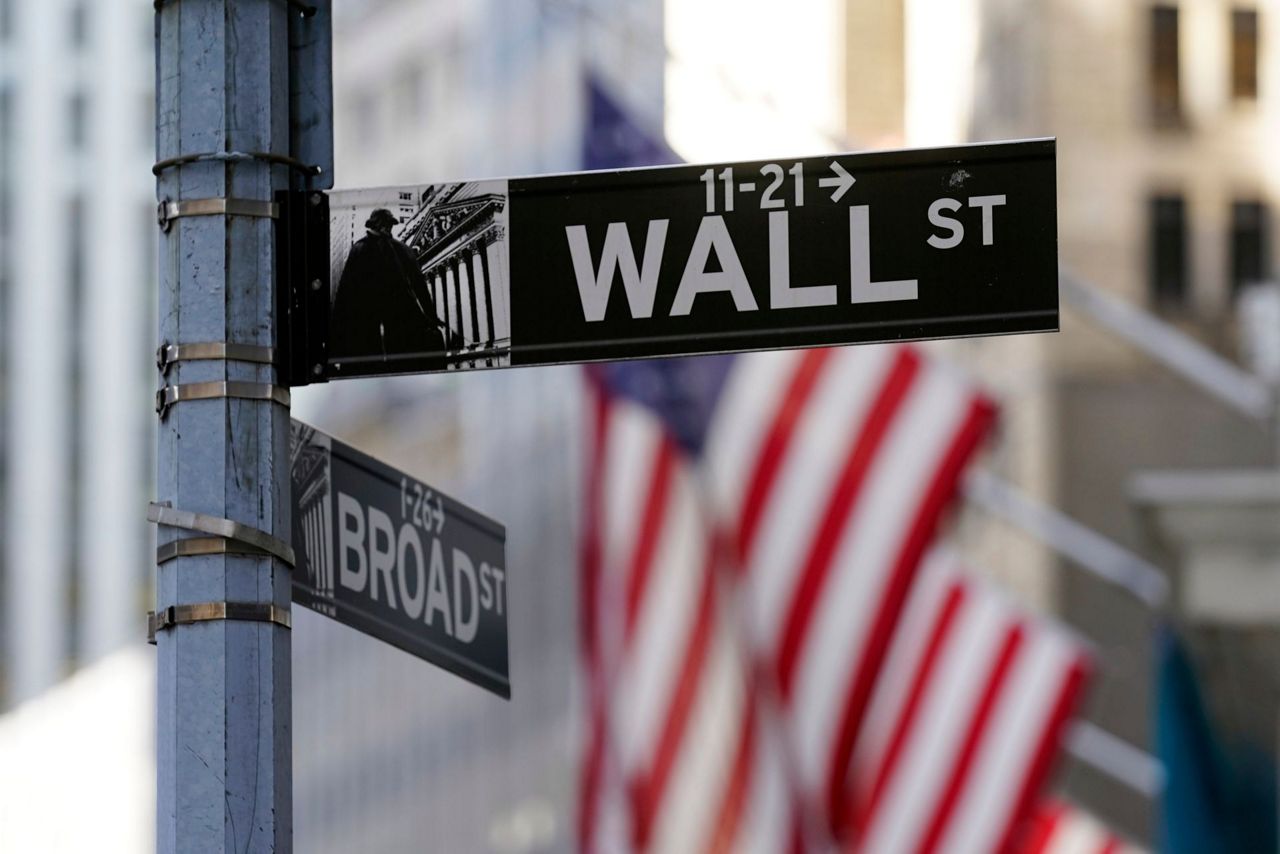 1 of 4
Flags adorn the facade of the New York Stock Exchange, Wednesday, June 16, 2021. Stocks are off to a mixed start on Wall Street Wednesday as traders wait for the latest decision on interest rates from the Federal Reserve. (AP Photo/Richard Drew) 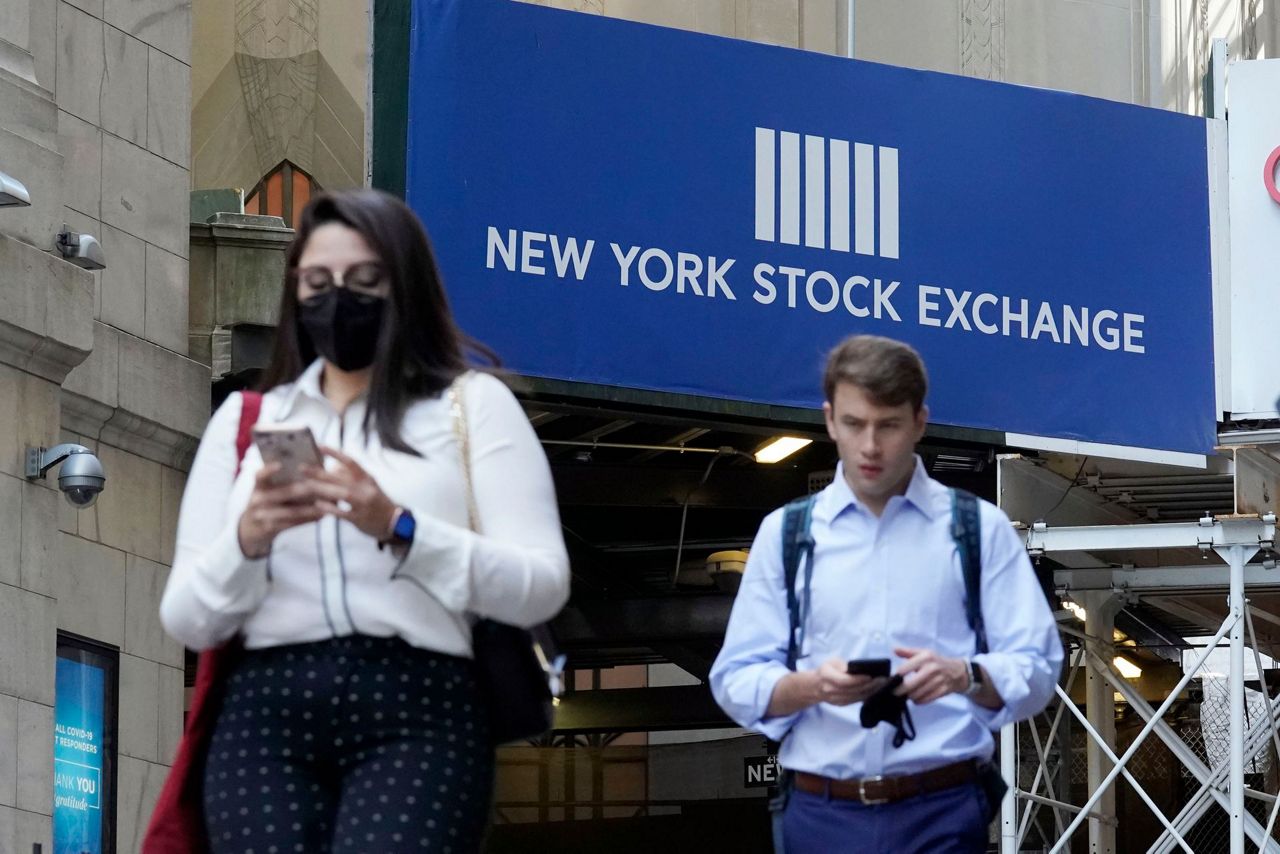 2 of 4
People pass an entrance of the New York Stock Exchange, Wednesday, June 16, 2021. Stocks are off to a mixed start on Wall Street Wednesday as traders wait for the latest decision on interest rates from the Federal Reserve. (AP Photo/Richard Drew) 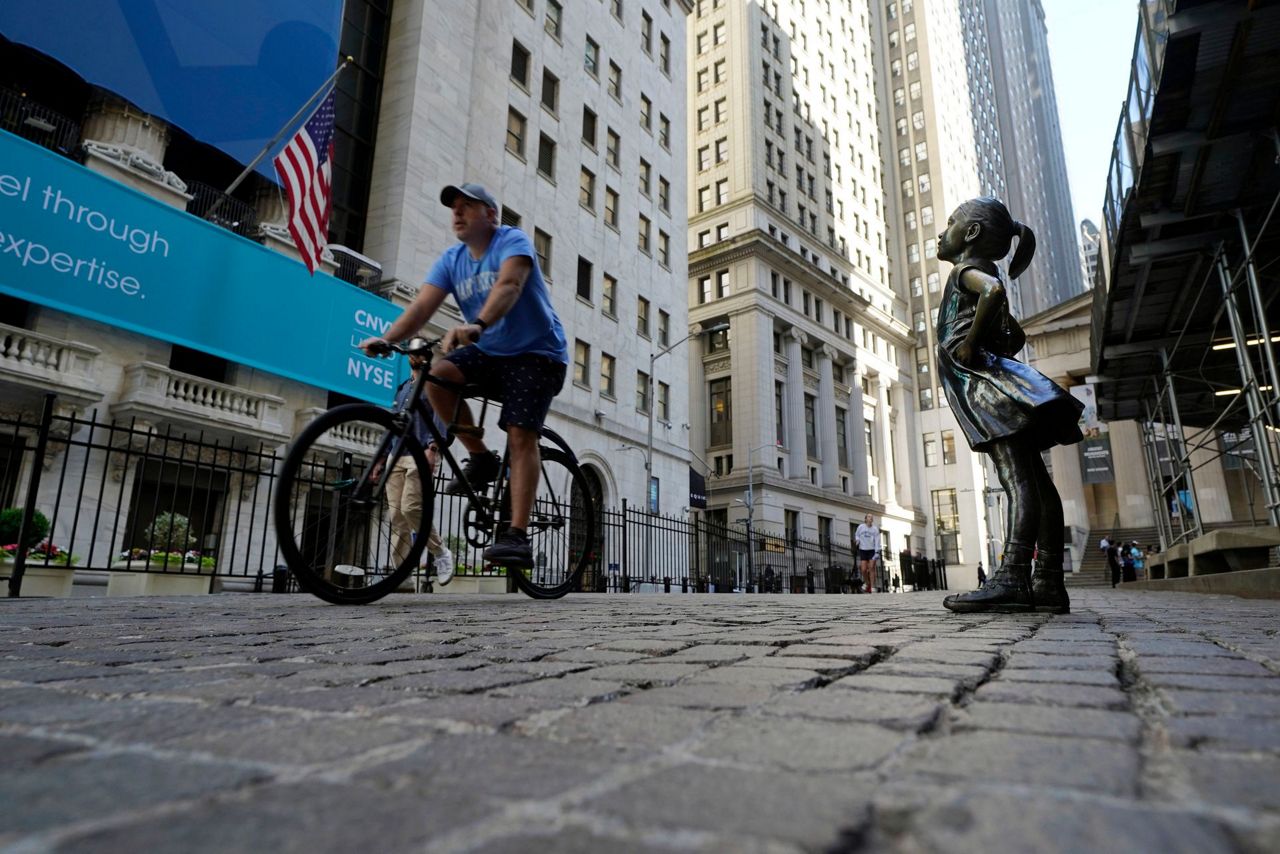 3 of 4
The "Fearless Girl" statue faces the New York Stock Exchange, Wednesday, June 16, 2021. Stocks are off to a mixed start on Wall Street Wednesday as traders wait for the latest decision on interest rates from the Federal Reserve. (AP Photo/Richard Drew) 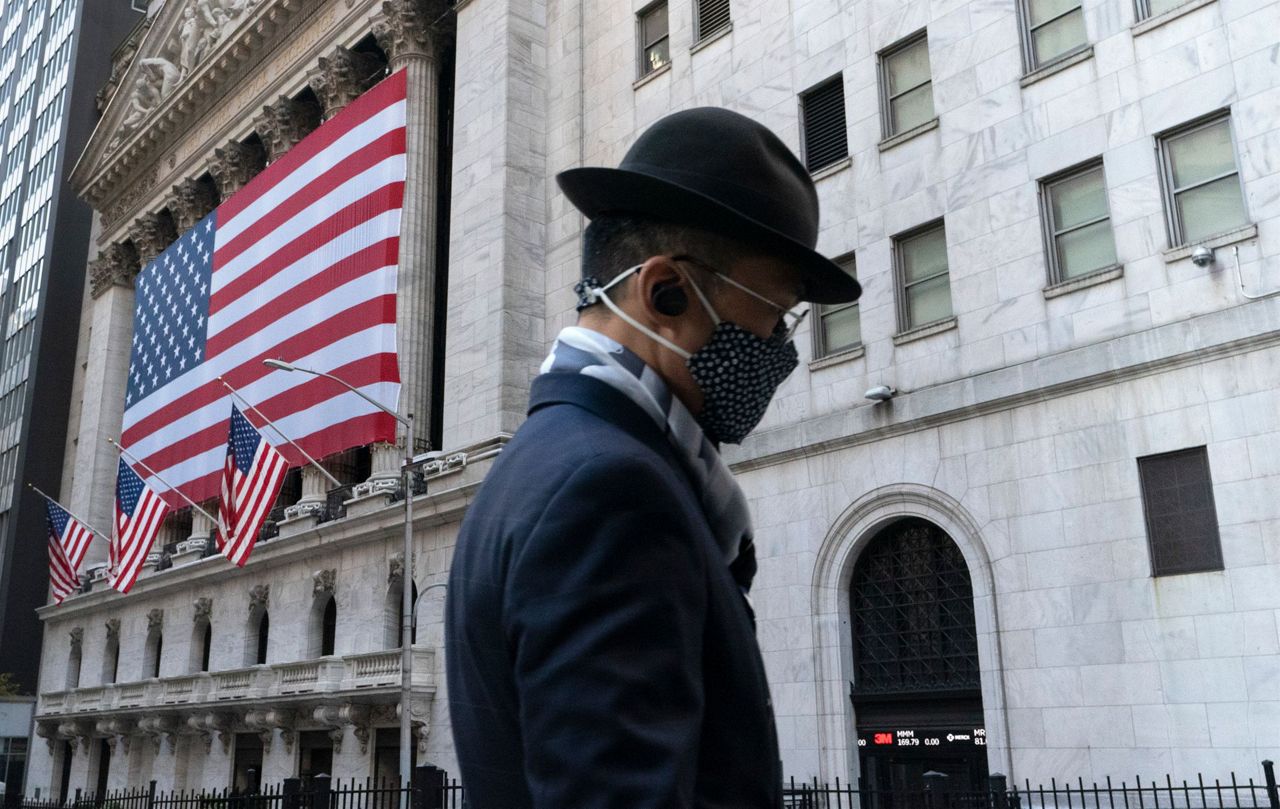 4 of 4
FILE - In this Nov. 16, 2020 file photo a man wearing a mask passes the New York Stock Exchange in New York. Stocks are edging mostly lower in early trading on Wall Street Tuesday, June 15, 2021, a day after the S&P 500 and the Nasdaq hit their latest record highs. Technology stocks, which had led the gains a day earlier, were in the losing column. (AP Photo/Mark Lennihan, File)

Asian shares mixed in quiet trading ahead of US Fed decision

NEW YORK (AP) — U.S. stocks fell and bond yields rose on Wednesday after Federal Reserve officials signaled they may start easing off the acclerator on their massive support for markets earlier than previously thought.

The S&P 500 was 0.3% lower in afternoon trading after a highly anticipated set of projections by Fed policymakers showed that some of them see short-term rates rising half a percentage point by late 2023. The Fed's chair also said it has begun talking about the possibility of pulling back on its $120 billion in monthly bond purchases meant to keep longer-term rates low.

Super-low interest rates have been one of the main fuel sources for the stock market's rocket ride to records, with its most recent coming on Monday. Investors' immediate reaction to the Fed's comments was to send stocks lower and bond yields higher. But the moves moderated as the Fed's chair, Jerome Powell, said in a press conference that any changes are likely still a ways away.

In his press conference following the Fed's announcement, Powell said the bigger near-term change for markets will be when the Fed slows its $120 billion in monthly bond purchases. He said again that they'll continue until “substantial further progress has been made” in getting the economy to full employment and prices to be stable. But he acknowledged that conditions have improved enough to start discussing them.

A recent burst of inflation has raised concerns that the Fed will have to tighten the spigot on its support. Prices are leaping for used cars, airfares and other things across the economy as it roars out of its pandemic-caused coma. The consumer price index surged 5% in May from a year earlier, for example.

Fed policymakers raised their expectations for inflation this year on Wednesday. The median projection for the Fed's preferred measure of inflation was for 3.4%, up from 2.4% in March.

But the Fed still sees the burst being only temporary as the economy works its way through supply shortages and other short-term factors. Fed officials see inflation dropping to 2.1% next year and 2.2% in 2023.

Oracle fell 5.3% for the biggest loss in the S&P 500 after it laid out investment plans that could drag on its upcoming profitability.

Furniture company La-Z-Boy fell 10.7% after warning investors that dramatically higher prices it’s paying for raw materials will drag down how much profit it makes from every $1 of sales.

General Motors rose 1.9% after saying it will raise spending on electric and autonomous vehicles and add two U.S. battery factories.