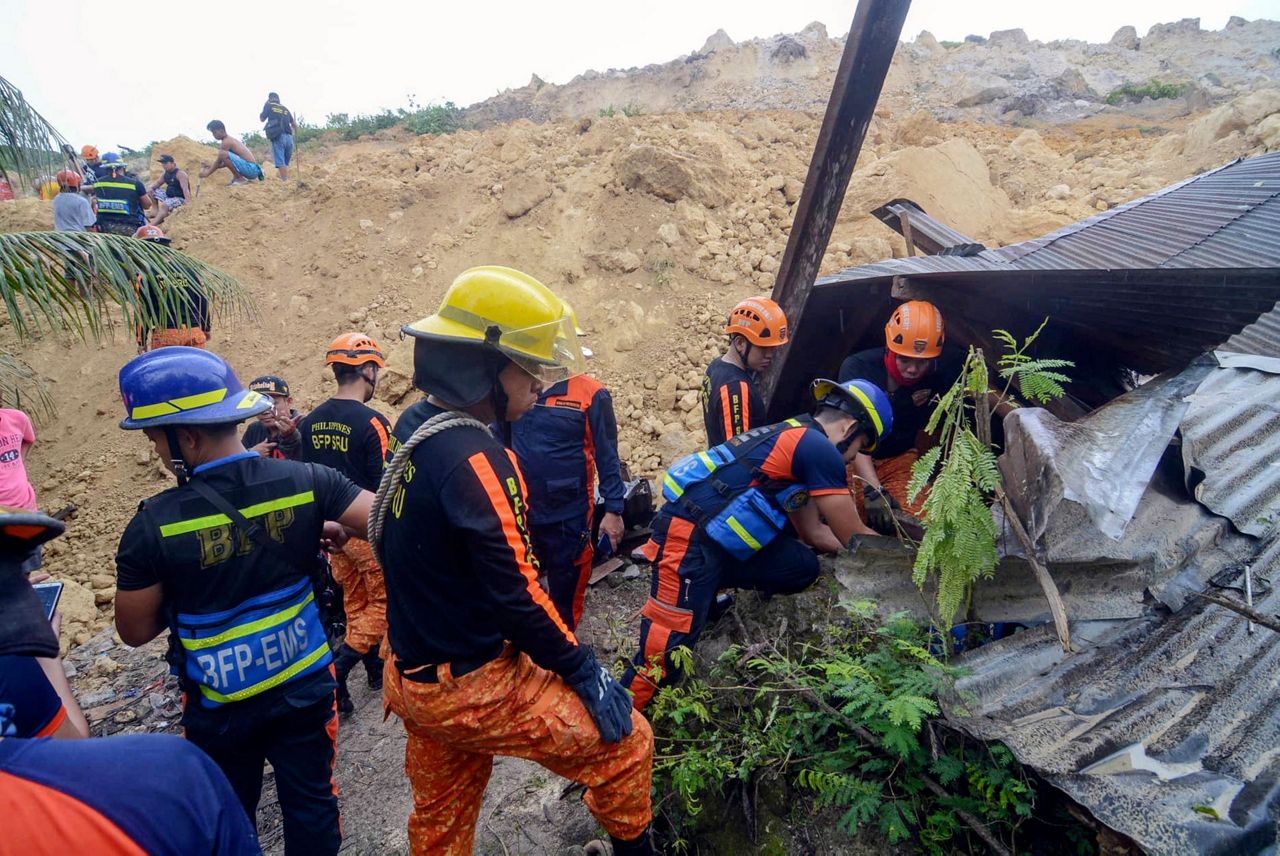 1 of 4
Rescuers conduct search houses for survivors after a landslide struck a village in Naga city, Cebu province central Philippines on Thursday Sept. 20, 2018. A landslide set off by heavy rains buried homes under part of a mountainside in the central Philippines on Thursday, and several people are feared buried, including two who sent text messages seeking help. (AP Photo) 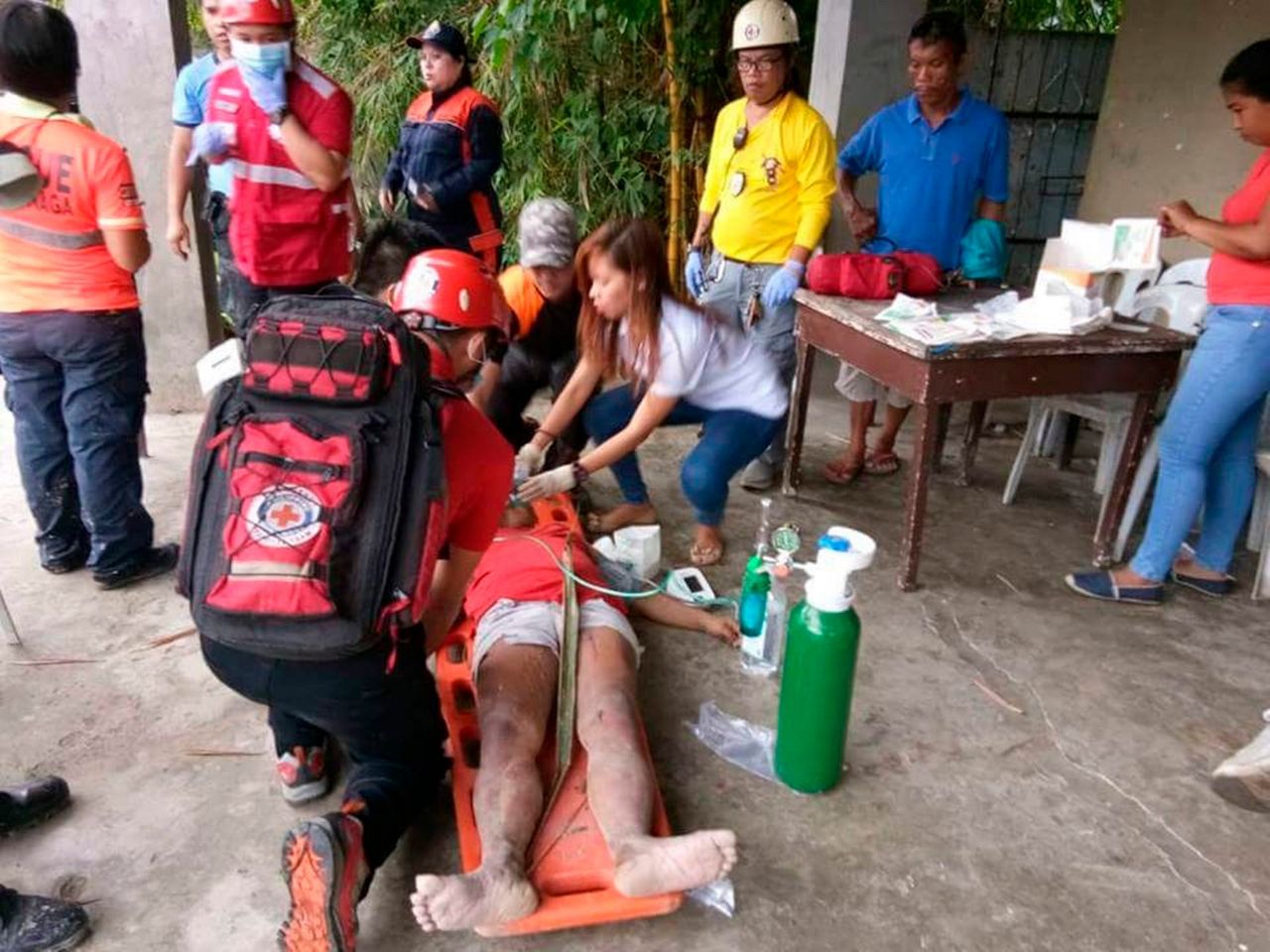 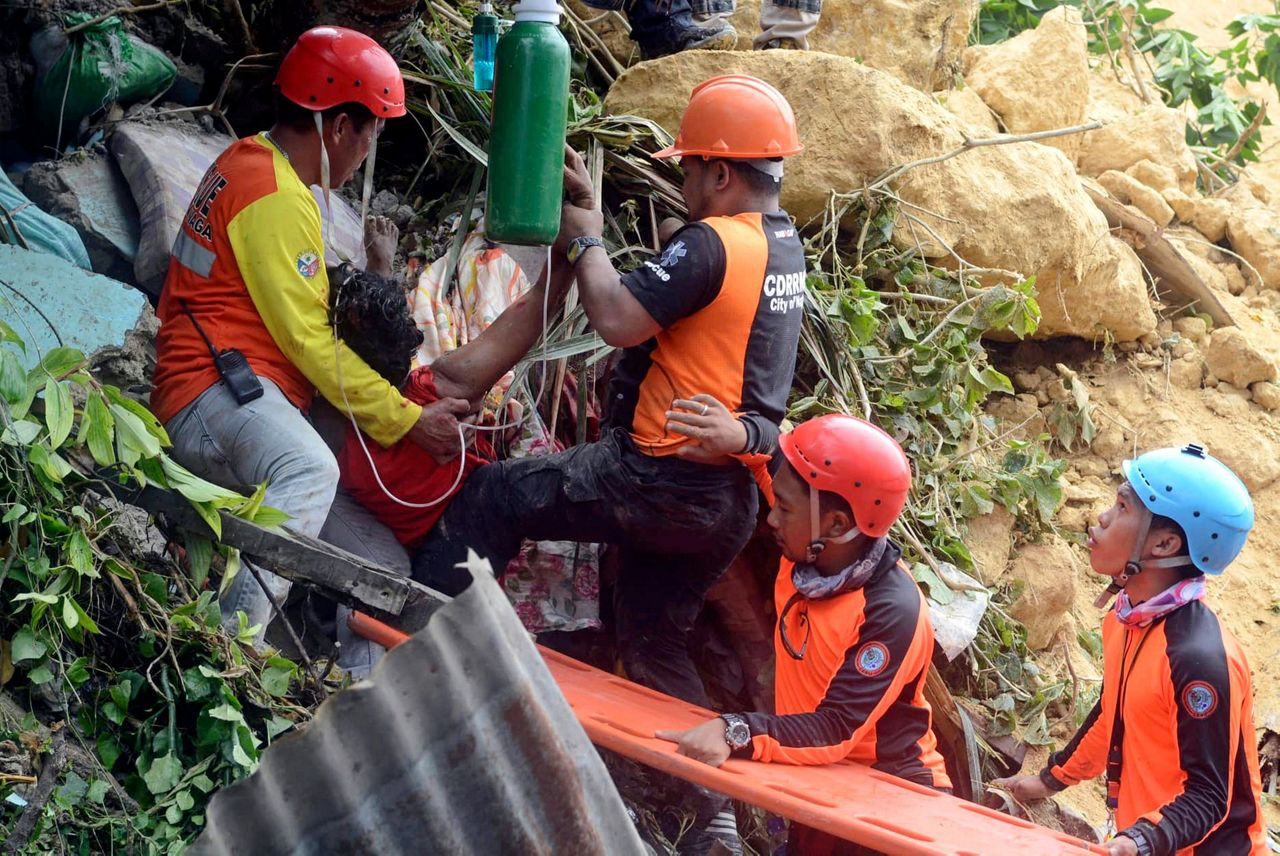 3 of 4
Rescuers pull out a victim from a landslide after it struck their village in Naga city, Cebu province central Philippines on Thursday Sept. 20, 2018. A landslide set off by heavy rains buried homes under part of a mountainside in the central Philippines on Thursday, and several people are feared buried, including two who sent text messages seeking help. (AP Photo) 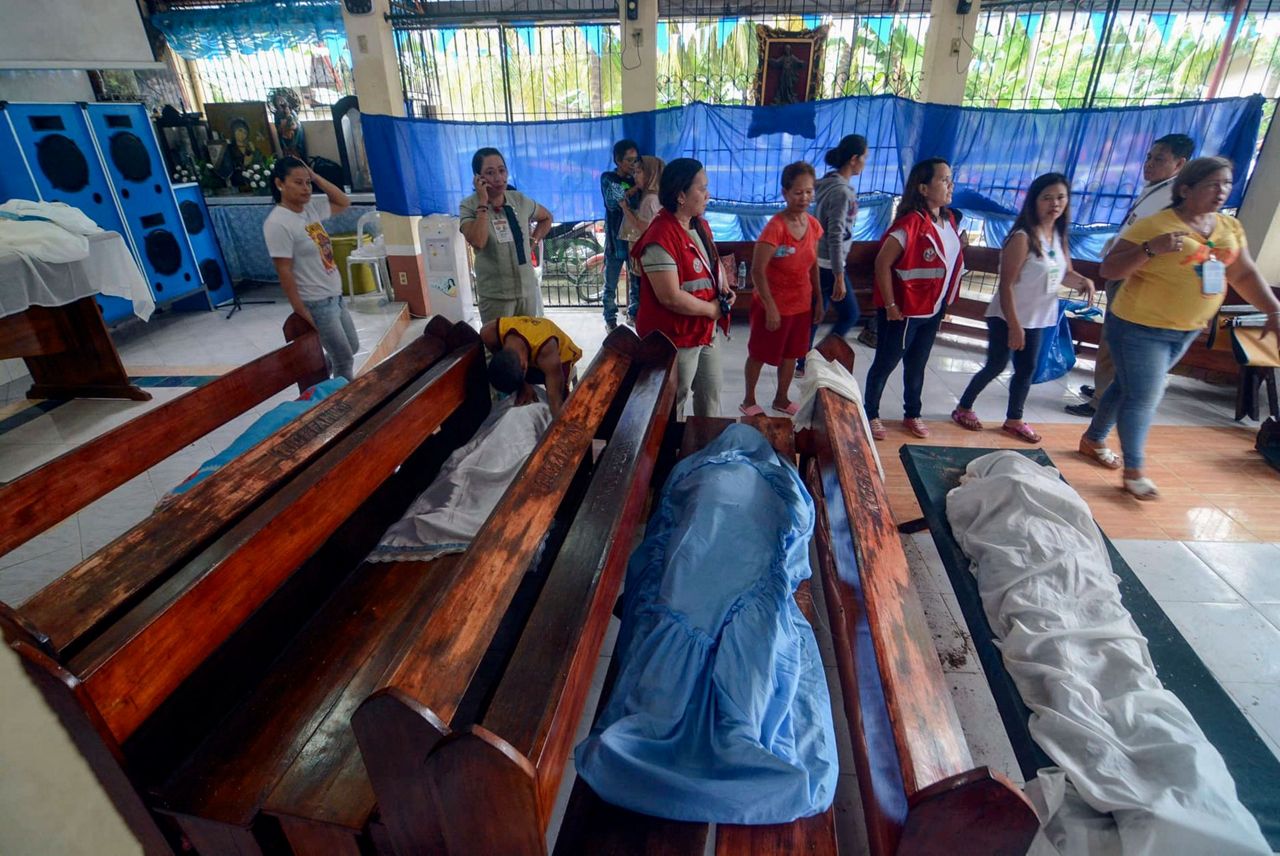 4 of 4
Dead victims stay inside a chapel after they were recovered from a landslide as it struck homes in Naga city, Cebu province central Philippines on Thursday Sept. 20, 2018. A landslide set off by heavy rains buried homes under part of a mountainside in the central Philippines on Thursday, and several people are feared buried, including two who sent text messages seeking help. (AP Photo)

The slide surged down on about 30 houses in two rural villages after daybreak in Naga city in Cebu province, Roderick Gonzales, the city police chief, told The Associated Press by telephone as he helped supervise the search and rescue. Seven injured villagers were rescued from the huge mound of earth and debris.

Some victims still managed to send text messages after the landslide hit, Gonzales said, adding elderly women and a child were among the dead.

"We're really hoping we can still recover them alive," she said.

The landslide hit while several northern Philippine provinces were still dealing with deaths and widespread damage wrought by Typhoon Mangkhut, which pummeled the agricultural region Saturday and left at least 88 people dead and more than 60 missing. A massive search was still underway for dozens of people feared dead after landslides in the gold-mining town of Itogon in the north.

Cebu province was not directly hit by Mangkhut but the massive typhoon helped intensify monsoon rains across a large part of the archipelago, including the central region, where Naga city lies about 570 kilometers (353 miles) southeast of Manila.

Rescuers there were treading carefully in small groups on the unstable ground to avoid further casualties.

"We're running out of time. The ground in the area is still vibrating. We're striking a balance between intensifying our rescue efforts and ensuring the safety of our rescuers," Naga city Councilor Carmelino Cruz said by phone.

Cristita Villarba, a 53-year-old resident, told AP by phone that her husband and son were preparing to leave for work when the ground shook and they were overwhelmed by a roar.

"It was like an earthquake and there was this thundering, loud banging sound. All of us ran out," Villarba said, adding she, her husband and three children were shocked but unhurt.

Outside, she saw the house of her elderly brother, Lauro, and his family was buried in the landslide.

"Many of our neighbors were crying and screaming for help. Some wanted to help those who got hit but there was too much earth covering the houses, including my brother's," she said.

More than a dozen people live in her brother's home, mostly his family and grandchildren, she said, adding that many small houses in her community got hit.

A few days ago, Villarba said she felt sorry for the landslide victims in the country's north.

It's not clear what set off the landslide, but some residents blamed limestone quarries, which they suspect may have damaged and caused cracks in the mountainside facing their villages. Villarba said a light rain stopped when the landslide hit and there was no rain on Wednesday.

The quarry nearest the landslide-hit villages was abandoned about a year ago, but a company still runs a government-authorized quarry not far away and villagers also profit from the limestone business, Angeline Templo, an assistant to the mayor, said by phone.

More than 300 villagers were evacuated for safety as search and rescue work continued, Templo said.