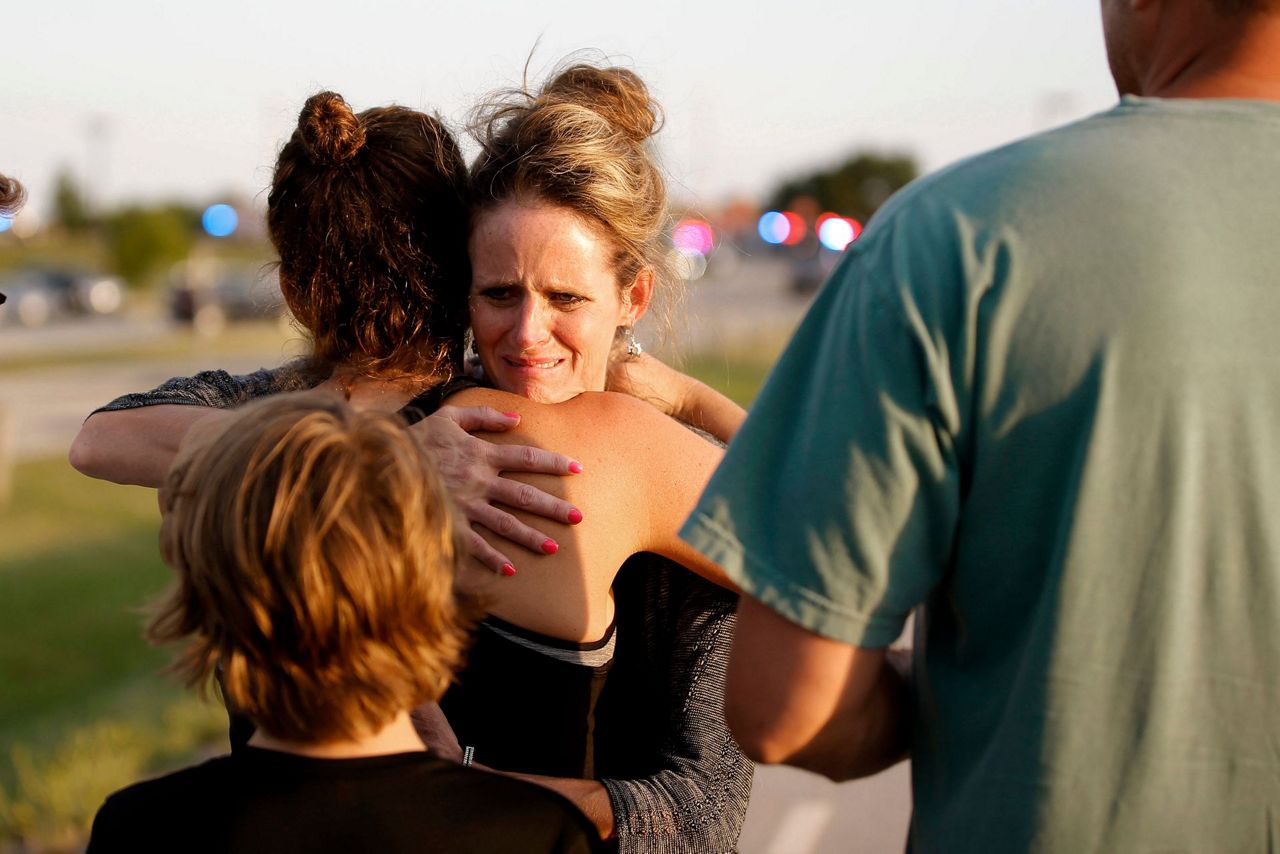 OKLAHOMA CITY (AP) — The man suspected of shooting three people inside an Oklahoma City restaurant before being fatally shot by bystanders had no criminal record or obvious connection to the victims or the restaurant, police said Friday.

Oklahoma City Police Capt. Bo Mathews said investigators were trying to determine a motive behind the Thursday attack that wounded four people. He said the only interaction police had with the suspected gunman, 28-year-old Alexander Tilghman, was during a domestic assault and battery call when Tilghman was 13.

Mathews said the shooting appeared to be random but noted that Tilghman drove to the restaurant and wore protective gear for his ears and eyes.

"It looked like his mind was made up that he was going to discharge his firearm once he got there," Mathews said during a Friday news conference.

Mathews praised the two civilians who each retrieved a firearm from their vehicles and fatally shot Tilghman outside the restaurant. His body was discovered about 50 to 75 feet from the front door, almost in the parking lot.

"They were able to shoot the suspect and put an end to a very dangerous situation," Mathews said.

Police said Tilghman was armed with a pistol when he opened fire inside Louie's On The Lake around 6:30 p.m. on Thursday. A 39-year-old woman and two girls were shot and wounded, while an unarmed man broke his arm while trying to flee.

All four victims were in good condition Friday, according to police.

A woman who answered the phone at the home believed to belong to Tilghman's mother declined to comment when contacted by The Associated Press.

Mathews said it's unlikely either of the civilian shooters will face criminal charges, but said that decision will be made by Oklahoma County District Attorney David Prater's office once the investigation is completed.

Police identified the citizen shooters as Juan Carlos Nazario and Bryan Whittle. Telephone and text messages seeking comment from the two men were not immediately returned.

The Hal Smith Restaurant Group, which owns the restaurant, released a statement saying the restaurant was closed Friday and counselors were available to employees and customers.

"We are extremely thankful the situation didn't escalate further, and that injuries were not more widespread. However, our hearts are with the wounded during this incident," company officials said, referring other questions to police.

The National Rifle Association said in a tweet Friday that the shooting was an example of "how the best way to stop a bad guy with a gun is a good guy with a gun." The organization said it hopes the incident serves as a "wake-up call" for Republican Gov. Mary Fallin, who recently vetoed a so-called constitutional carry bill that would have allowed adults to carry firearms without a license or training in Oklahoma.

In April, a restaurant patron wrestled an assault-style rifle away from a gunman at a Waffle House in Nashville, Tennessee. Four people were killed in that shooting. Police have said there would have been far more casualties if it weren't for the patron's quick thinking.

This story has been updated to show that police say one of the citizens who shot the suspected gunman is named Bryan Whittle, not Bryan Wittle.