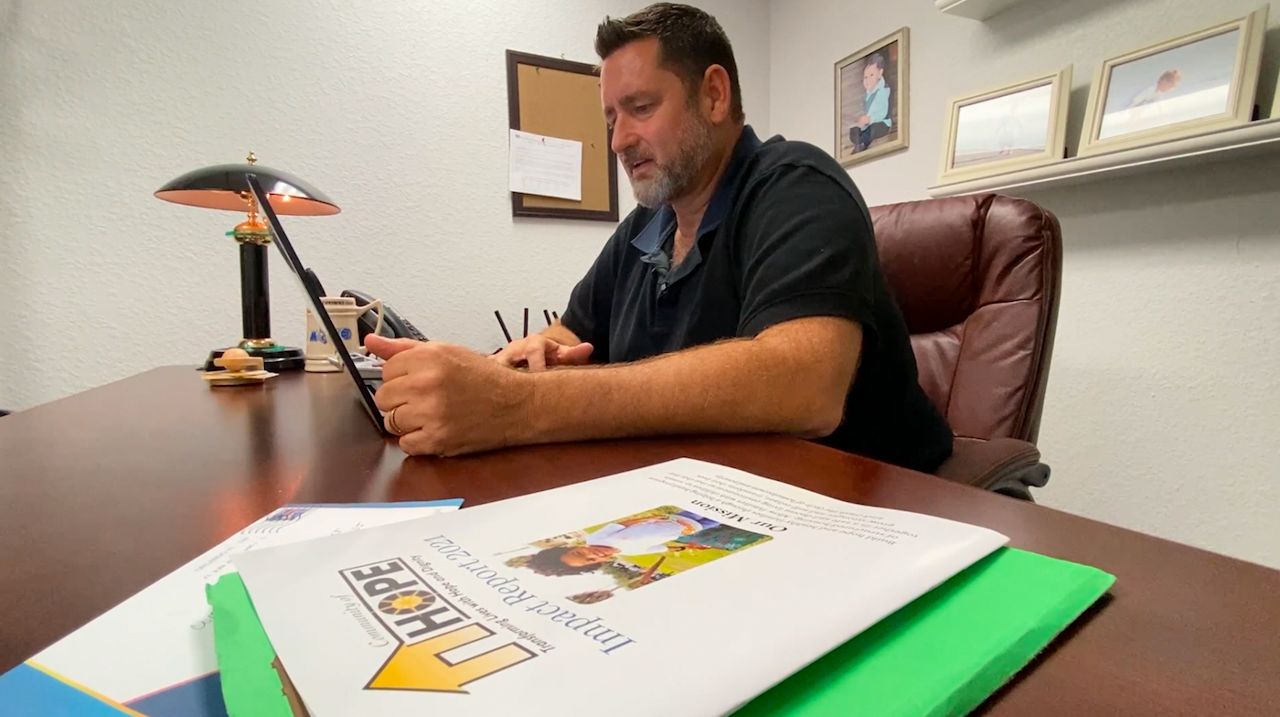 Drew Warren in his office at Community of Hope in Palm Bay. (Jon Shaban/Spectrum News)

PALM BAY, Fla. – The city of Palm Bay is tackling the growing issue of homelessness and affordable housing through a new $5 million grant – all part of the American Rescue Plan Act.

Drew Warren has run Community of Hope for a dozen years. His background is in education and mental health. He's seen firsthand the trauma experienced by homeless children and his passion has been finding permanent housing for families with children.

"There is no excuse for a county that put men on the moon have homeless children. That just should not be," Warren tells us.

Warren and his staff and volunteers teach families about life skills like managing their money, eating healthy and parenting.

Right now, the latest homeless count in Melbourne and Palm Bay is around 300, but Warren believes there are more.

"They're in a camp somewhere, or they just don't want everyone to know that they are homeless," he says.

Community of Hope is applying for some of the $5 million dollar grant the city of Palm Bay has allocated to address homelessness, affordable housing and other public services.

Warren appeared before Palm Bay City Council back in May and spoke of the significance of the grant.

"It's a once in a generation opportunity to do something about affordable housing," he told them.

If approved, his group's plan for the funding involves long term, affordable housing.

They have a community land trust dedicated to that end that won't change for the next hundred years.

​"We have 14 units that we are looking at right now that we are hoping to add to the inventory and do some partnering with other agencies for some permanent, supportive housing," Warren says.

He is optimistic the grant will come through for his nonprofit, but no matter what happens, it will take the community coming together to solve the homeless problem.

"Whoever gets the money, all of us work together to make an impact," he tells us.

​Applications for the grant are being accepted through August 15.