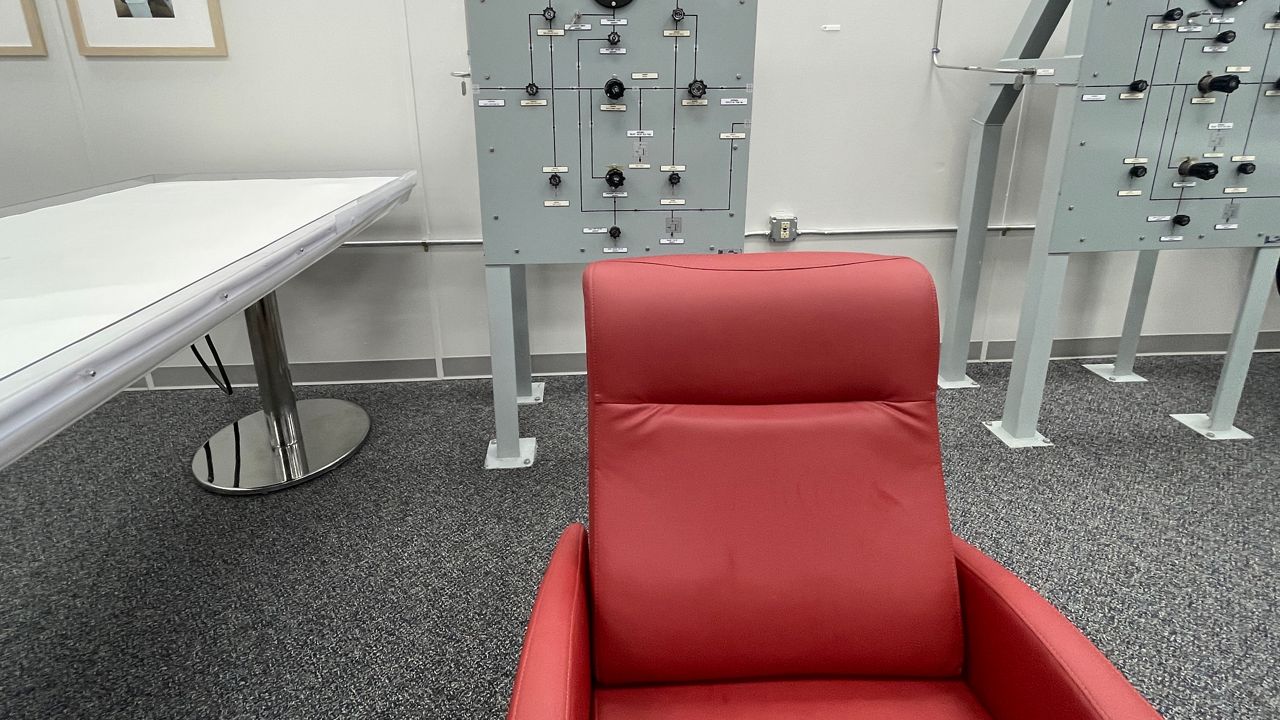 The Neil Armstrong Operations and Checkout Building where they stay before their historic missions to the moon. (Greg Pallone/Spectrum News)

Inside look at the pre-launch astronaut crew quarters

BREVARD COUNTY, Fla. – American astronauts will soon head back to the moon for the first time in fifty years, but before they go, they have to stay in a safe place on the ground before the launches.

It will be the astronauts' home away from home.

A place in quarantine called the crew quarters at the Neil Armstrong Operations and Checkout Building where they stay before their historic missions – complete with workspace, a kitchen and sleeping quarters.

In the two weeks before a flight, astronauts would dine on freshly prepared meals, and get some downtime in a living room type space.

It's a stay planned to be made as smooth and stress free as possible, but launch day is when the excitement really builds.

Astronauts make their way to the iconic suit room, where they will don their spacesuits for flight.

"There's a lot of excitement going on. They've been working toward that mission for years, and they are finally excited to go," says Lauren Lunde of NASA Flight Crew Support.

It’s an area that has changed little since the Apollo Program, with equipment that still works after 60 years.

"We haven't changed much," Lunde says. "We want people to see this is a historic area that has been here since the 1960's."

And soon, astronauts will head back to the moon, and then one day, Mars, will suit up right here too.​

In the coming years, it will launch astronauts back to the moon.