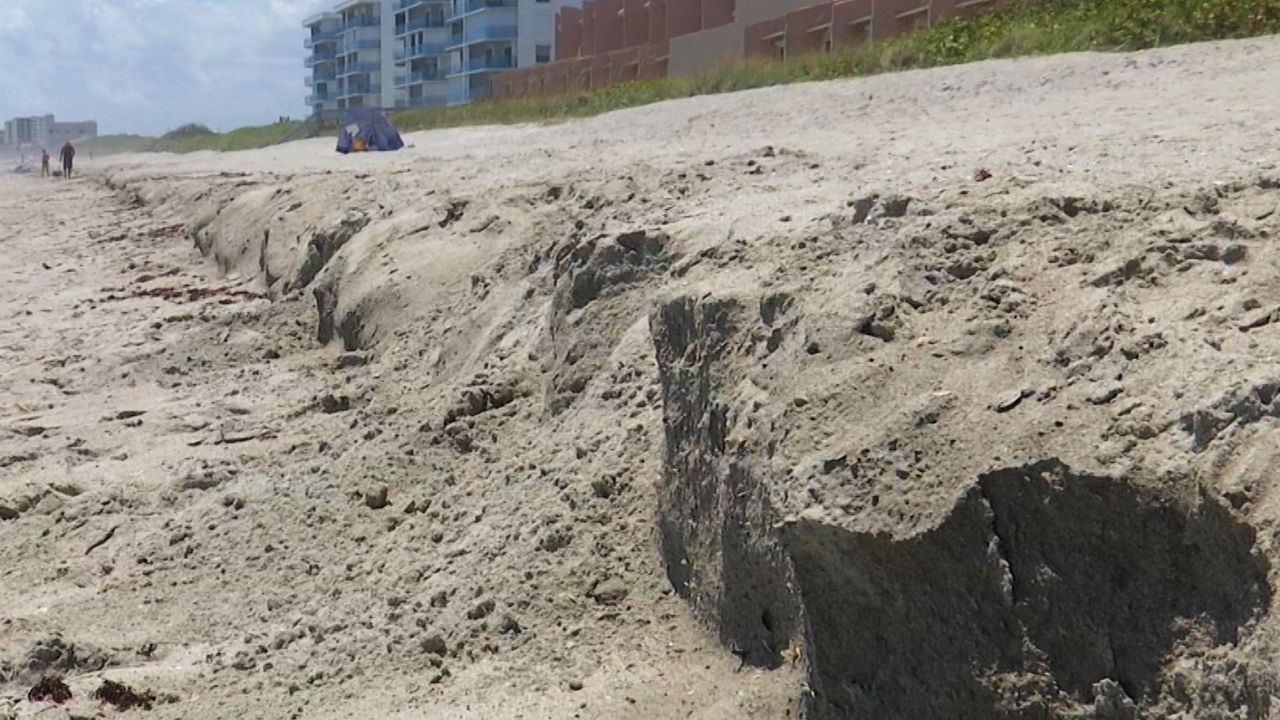 After the US Army Corps of Engineers wrapped up their beach renourishment project in April, Brevard beachgoers noticed a big embankment that wasn't there before. (Krystel Knowles/Spectrum News 13)

SATELLITE BEACH, Fla. — After the US Army Corps of Engineers wrapped up their beach renourishment project in April, Brevard beachgoers noticed a big embankment that wasn't there before — just in time for sea turtle nesting season.

Sea turtle nesting season began in March and runs through the end of October, and 90 percent of nesting sea turtles in the United States are in Florida.

Sea Turtle Preservation Society permit holder Roger Pszonowsky says the beach embankment, which is currently about 3 to 4 feet in height, can make it harder for the turtle to get to the beach, but it's not impossible.

“A turtle may or may not be able to crawl up that embankment so they'll turn around and float down a little ways and come back up,” Pszonowsky says.

Sea Turtle Preservation Society is urging people to stop marking nests because it's creating a hazard for wildlife. For residents worried about the turtles, Pszonowsky says these sometimes 800-pound turtles can climb pretty steep sand.

“They can climb up a pretty big embankment; we can see that on the dunes sometimes they go way up in the dunes,” Pszonowsky said.

Beachgoer Hester Reyes says her 6-year-old son Carter is enjoying jumping off the sand ledge before making his way to the surf. She says he can jump but with her help and always with supervision.

“When we first got to the beach that's how he was able to get down by jumping,” Reyes said.

“We were here in the beginning of April, and it was considerably higher and dangerous,” she explained.