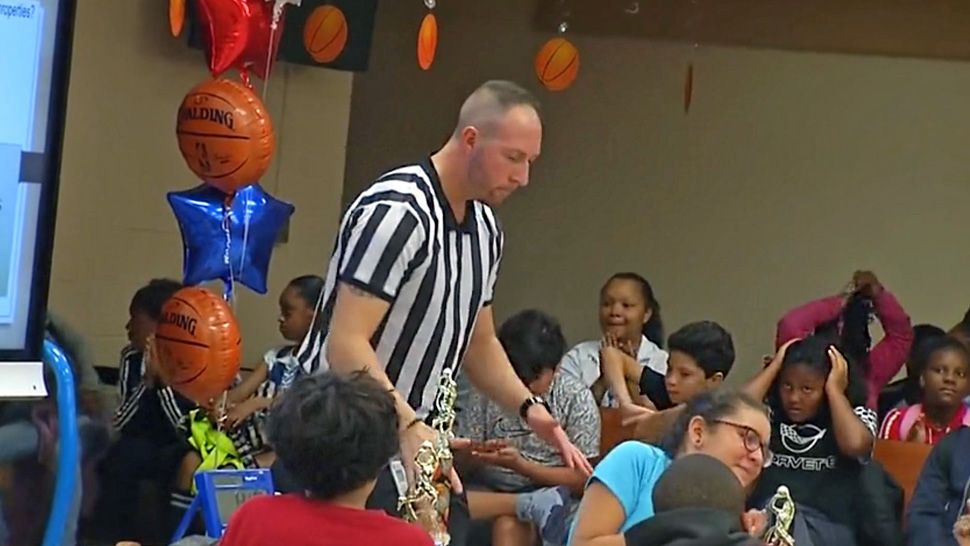 A+ Teacher: He Coaches Science Students to Victory

ORLANDO, Fla. — An Orange County A+ Teacher is making a slam dunk in the classroom by coaching science students to victory.

He heads up an event called Big Idea Basketball. There is a celebrity sports announcer to help showcase a nail-biting competition where winners get trophies by showing off their knowledge of science.

It is all the brainchild of Shingle Creek Elementary School's science coach Justin MacDonald.

Students and staff love it.

Student Erin Gonzalez says, "He's really fun to work with. He likes to challenge us with different things."

Jennifer Schafer, the principal of Shingle Creek Elementary School told, Spectrum News 13 that people gravitate to MacDonald and that he is a joy of being around.

On this day, MacDonald, who is affectionately called, "Mr. Mac," was suited up as a referee for the match.

The school principal says MacDonald is energetic and builds confidence, which shows when it comes to student achievement.

Schafer adds, "So we have seen science grow school wide not just in fifth grade but science is really taught in every classroom everyday and that's thanks to Mr. MacDonald."

"I always tell these kids you know look if you ever become a scientist, you come back and find me because I was awful at science when I was a kid. I was so bad and to see them love it and to have that passion when they leave, here it's the most rewarding thing in the world," he said.